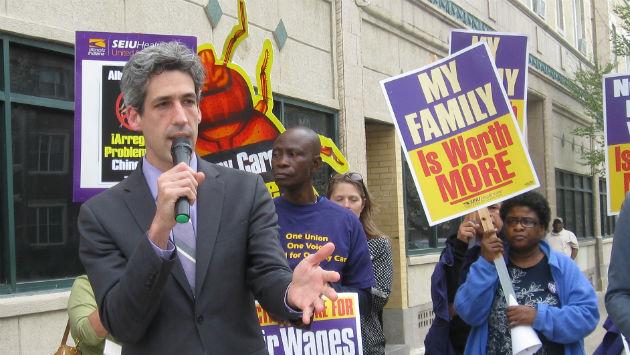 The employees were demonstrating for higher pay and better working conditions, including the elimination of what they insisted was an infestation of bedbugs at the facility. 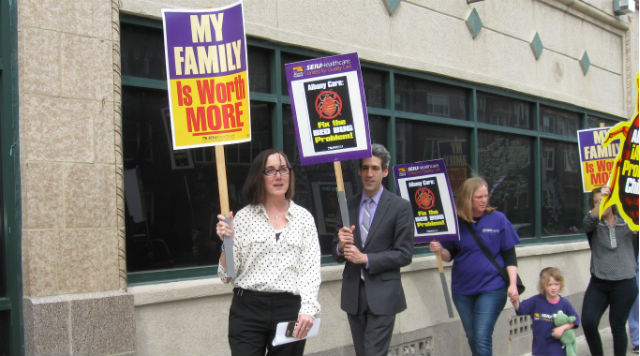 Cassidy and Biss march with the workers.

In brief remarks to the workers, Biss, who has announced he plans to run for governor of Illinois, declared “it is time for us to be compassionate” and that “workers need a living wage.”

Cassidy, whose district includes the southern tip of Evanston, said her niece is a nursing home worker and that she hopes that wages for her and other nursing home workers will keep her in the job assisting seniors and the disadvantaged rather than “flipping burgers.”

Casimero addresses the group while Cassity and Biss listen.

One of the workers at Albany Care, Daneka Casimero, complained that she had not had a raise in four years, “no matter how hard I work.”

A spokesman for the union, SEIU Healthcare Illinois, said that more than one-third of nursing home facilities in the state continue to staff at dangerously low levels, despite a 2010 law that sets minimum staffing requirements at long-term care facilities.