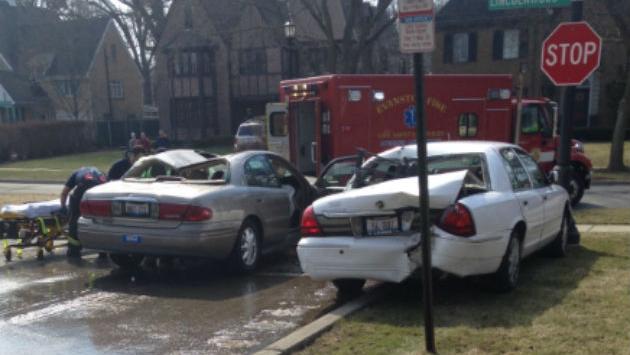 A late-model Buick, driven by a woman, proceeded west on Lincoln Street at about 3 p.m. Tuesday, crossed the curb, careened down the parkway, took out a street lamp, crashed into a parked car, and pushed it to the end of the block at Lincolnwood Drive, about a football-field-and-a-half away.

The injured driver was taken to Evanston Hospital in a fire department ambulance. Her condition was not immediately known. She was the only occupant of the vehicle. 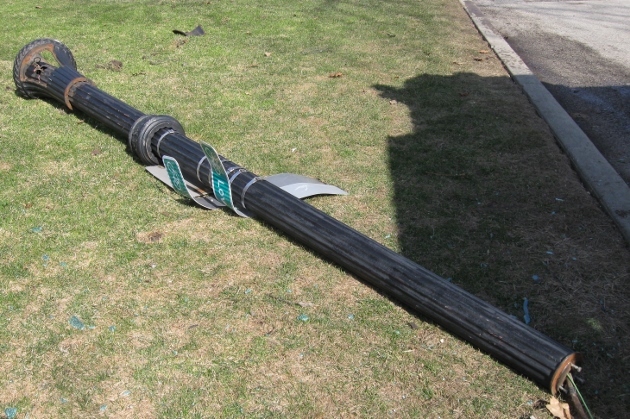 Street lamp was torn from its base and carried several hundred feet down the parkway.

At first, it appeared that the auto had crashed into two street lamps, but further investigation revealed that it was only one, and that the lamp itself was dragged by the auto almost to the end of the block.

The car narrowly missed a car parked on the north side of the street as it proceeded down the parkway. 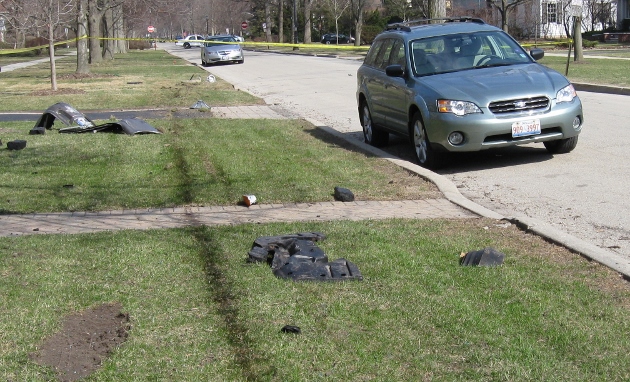 Tire tracks reveal the path of the vehicle, which almost  hit this parked car.

The path of the vehicle was readily apparent as a result of tire tracks which were visible from 2819 Lincoln, where it crossed the curb, to the vehicle’s final resting spot at 2923 Lincoln.

Firefighters responding to the accident hosed down the street, where gasoline had leaked from the vehicle. 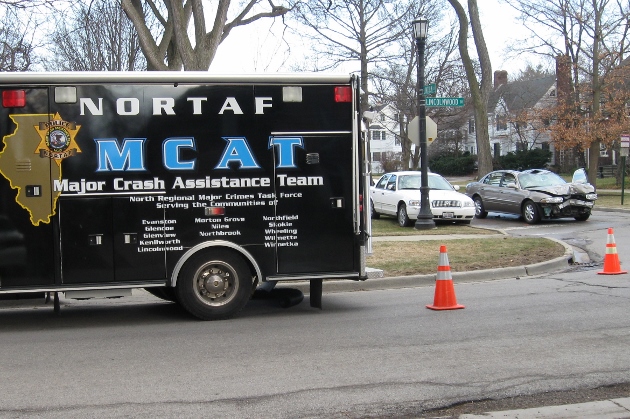 Above: Lincoln Street was closed for several hours from Ewing Avenue to Lincolnwood Drive while police investigated. Top: Evanston paramedics excavate the injured driver from her vehicle where it came to rest at the corner of Lincoln and Lincolnwood.