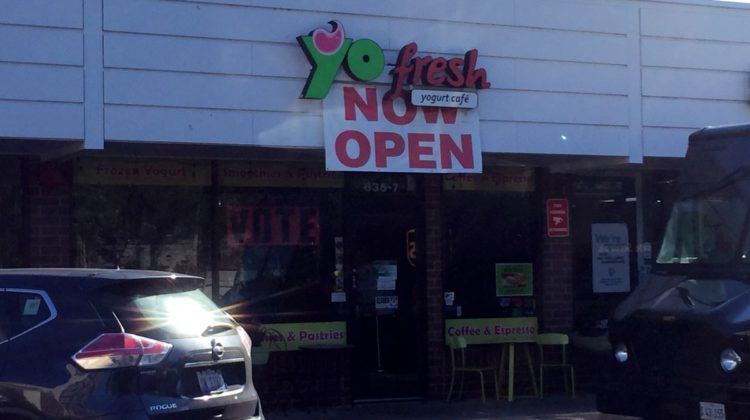 The Yo Fresh Yogurt Cafe at 635 Chicago Ave.

It may not be a scientific survey, but to Larry Murphy, the tip jar in his Yo Fresh Café is a pretty good barometer of the public mood.

“People are leaving unusually large tips,” says Murphy, co-president of the Black Business Coalition of Evanston and the North Shore. Murphy says he’s seen a $10 tip on a $5.60 tab, or a group from the Rotary Club office leaving $50 at his café on Chicago Avenue.

“One plausible response for this,” Murphy says, “is people want to be part of a constructive response” to a growing awareness of Black-owned businesses in the post-George Floyd world.

Leaving a large tip, particularly by white customers, will not change race relations in and of itself, but Murphy sees the gesture as “an entry point to doing something,” by “persons of goodwill.”

There are 180 businesses in the Coalition’s membership directory, including 80 to 100 brick and mortar establishments, such as stores or those who work out of offices. Most Black-owned businesses in Evanston and other nearby suburbs are small, and despite public support, the coronavirus pandemic has been incredibly difficult for small firms.

Minority-owned firms have a tougher time in good times, so bad times make things even worse. “They can’t call on a rich uncle, because there is no rich uncle,” Murphy says. Black-owned businesses tend to be undercapitalized and are sometimes victims of bias — a feeling that “their ice isn’t as cold as regular ice,” Murphy adds.

The Black Lives Matter movement, Murphy says, may signal a turning point. The Chamber of Commerce, he says, has an equity committee. And an upcoming restaurant week is highlighting Black-owned establishments, an “overt and assertive effort to focus on Black-owned businesses,” Murphy says.

There are some incentives, Murphy says, at the state and federal level to provide loans and grants to minority-and-women-owned businesses.

Murphy says he has not seen any big investments by large banks. However, he has seen people “across color lines” visit his café, people who have told him “we’ve come here specifically” because it is a Black-owned business.