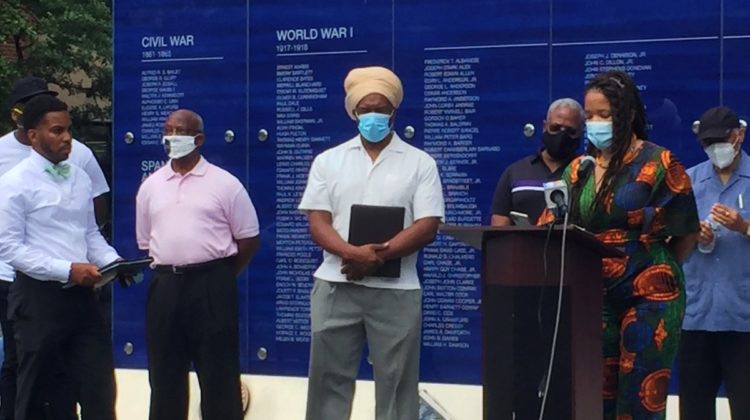 More than 20 organizations representing African Americans in Evanston today issued a “Proclamation for Black Justice … in Response to the Urgency of the Time.”

The “call for action,” as Alderman Robin Rue Simmons, 5th Ward, put it, comes several days before the Reparations Subcommittee of Evanston City Council takes up what will likely become the first specific spending item in Evanston’s reparations program.

The subcommittee meets Friday. Simmons says she hopes the panel will approve distributing $25,000 grants for Black Evanstonians who can show they or their relatives suffered discrimination from city housing policies. The measure would then go to full City Council for a vote there.

The proclamation was outlined in a mid-afternoon news conference at Fountain Square. Supporting groups include the Evanston/North Shore NAACP, the Organization for Positive Action and Leadership (OPAL), and twenty other civic, fraternal, and community groups.

Citing “the pernicious and egregious anti-blackness throughout our nation,” the proclamation lays out a series of goals, including improvements in housing, education, and law enforcement. The document also focuses on how “Black people are dying disproportionately” in the COVID-19 pandemic, and calls for improvements in health care for African Americans. 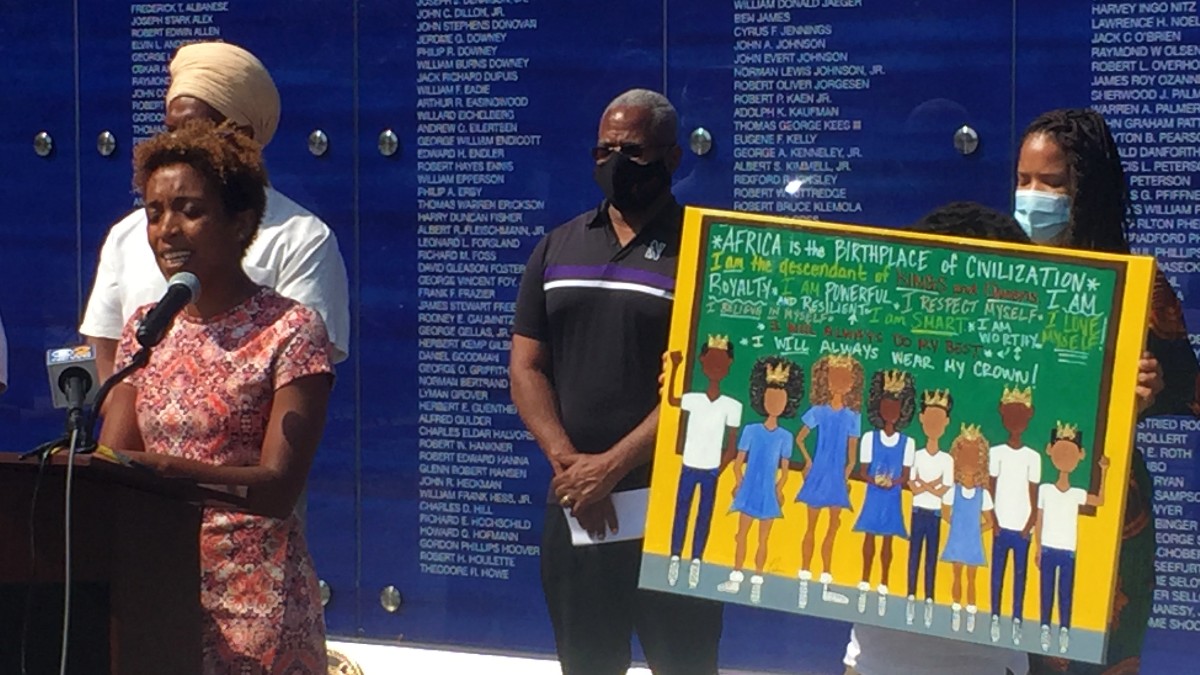 School teacher Tasha Nero was one of the speakers, addressing reporters as her ten-year-old son Jason Nero, Jr. held a painting about Black history. Nero said there needs to be a change in how Black history is taught, or rather, not taught enough. “Stop perpetuating whiteness every time we open a book, or now, open a laptop,” she said.

Although it is not mentioned in the proclamation, having a STEM school (Science, Technology, Engineering, and Math) built in the 5th Ward was another goal discussed by several speakers.

Evanston is the first city in the nation to enact reparations, approved last year by City Council. Tax dollars from the sale of recreational marijuana in Evanston will finance the program, although the money won’t start flowing until the fall. The target is $10 million over ten years. Other than the upcoming housing grants, other specific funding items have not yet been determined.

Rue Simmons was the force on Council behind the reparations plan. She tells Evanston Now she’s “focused to take the steps to get to our goal of repair” of the Black community. One year from now, she’d like to see a progress report which actually does show progress, both directly for individuals and collectively for Evanston.

Community activist Gilo Logan said “Evanston is leading the way” on reparations.” He added, “the rise of Black and brown people does not mean despising white people.” The reparations movement in Evanston, he said,”is for the benefit of all.”