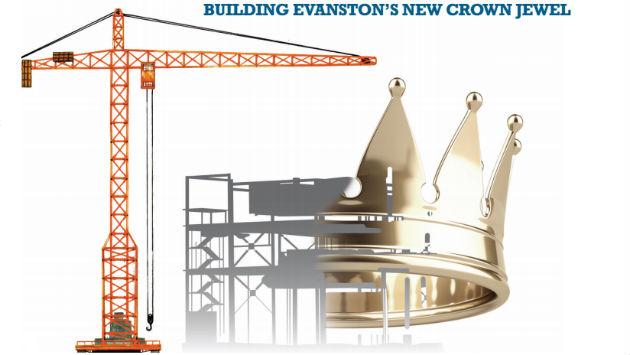 The Friends of the Robert Crown Center have announced that Chicago Blackhawks forwards Ryan Hartman and Vinnie Hinostroza will appear at the Feb. 24 cocktail party to benefit the fundraising effort for a new Crown Center in Evanston.

Chicago Blackhawks Owner and Chairman Rocky Wirtz is scheduled to headline the event.

Friends of the Robert Crown Center is the nonprofit community group spearheading a public-private partnership with the City of Evanston and the Evanston Public Library to build a new $30 million Robert Crown Library, Turf Park and Community Center on the present site at Main Street and Dodge Avenue.

The cocktail party is slated for Friday, Feb. 24 at 7:30 p.m. at the Evanston Art Center. Tickets are $250 are available online.

Organizer Pete Giangreco says it looks like the event will sell out.

Hartman, who grew up in West Dundee, was chosen by the Blackhawks in the first round of the 2013 NHL draft. He was born in South Carolina but grew up playing for the Crystal Lake Leafs and later for Team Illinois and Chicago Mission before moving on to the Plymouth Whalers of Ontario Hockey League.

Born in Bartlett, Illinois, Hinostroza played for the Waterloo Black Hawks (not affiliated with Chicago) of the USHL before starring at the University of Notre Dame, where he averaged more than a point per game in his final season. A sixth round pick in 2012, Hinostroza played his first game with the Chicago Blackhawks on Oct. 17, 2015 and has added 6 goals, 8 assists in the 46 games he has played for the Blackhawks this season.