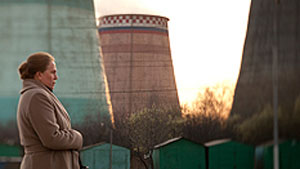 Featuring some of the best new films from around the world, “Passport to Global Cinema: Contemporary International Films” is co-presented by Northwestern’s Global Languages Initiative and supported by a grant from The Academy of Motion Picture Arts and Sciences.

Films are open to the public and screened in the James B. Pick and Rosalyn M. Laudati Auditorium at the Mary and Leigh Block Museum of Art at 40 Arts Circle Drive in Evanston.

Admission to the “Passport to Global Cinema” series is $6 for the general public; $4 for Northwestern faculty and staff with a WildCard ID and seniors 65 and older; and free for Northwestern students.

“Elena,” 7 p.m., Friday, Oct. 19, (Andrey Zvyagintsev, 2011, Russia, 35mm, 109 minutes). One of the most striking films to come out of Russia in recent years, “Elena” follows a middle-aged housewife whose world is rocked when an unexpected illness befalls her wealthy second husband and former employer. With powerful performances and a score by world-renowned composer Philip Glass, “Elena” is a gripping exploration of family loyalties and class divisions. It won a Cannes Film Festival special jury prize for young talent.

“Sister” (“L’enfant d’en haut”), 7 p.m. Friday, Nov. 2, (Ursula Meier, 2012, France and Switzerland, 35mm, 100 minutes). “Sister” tells the story of 12 year-old Simon and his older sister Louise who live in poverty near a ski resort. Simon steals what he can from the resort to support himself and his directionless sibling. A tale of youthful indiscretion and recklessness, the film takes a more serious turn when a secret threatens the brother-sister relationship.

“Barbara,” 7 p.m. Friday, Nov. 30, (Christian Petzold, 2012, Germany, 35mm, 105 minutes). Set in East Germany in 1980, “Barbara” is the story of a doctor sent to a small country hospital as punishment for applying for an exit visa. Removed from familiar surroundings and frustrated in her attempts to move to the West, Barbara plays a waiting game, stoically enduring Stasi harassment while plotting her escape.