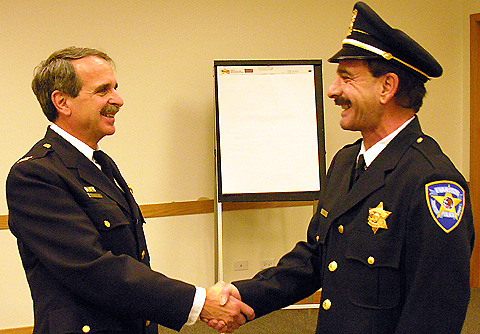 Evanston Interim Police Chief Dennis Nilsson has announced the promotion of Officer David Berman to the rank of sergeant.

Sgt. Berman will assume the new duties of patrol supervisor in Patrol Operations. He is a 29-year veteran of the Evanston Police Department and most recently served as a detective in the Juvenile Bureau.