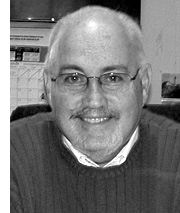 Ms. Carroll saidÂ Mr. Rubin's selection was the result of a full recruitment process including advertising and interviewing. TwelveÂ people applied for the position, and four were selected for interviews.

"Max was far and above the most qualified candidate," Ms. Carroll said. "I am looking forward to working with Max in this new capacity."Â

She said having a full-time emergency preparedness coordinator was her highest priority for new staff added to the budget.

"It's very important to have a fully coordinated response in an urban setting with two level one trauma centers (hospitals), several senior housing complexes and a university," she said.

Effective March 1, Mr. Rubin and the Office of Emergency Preparedness, formerly the Emergency Management Agency, became part of the City Manager's Office to effectively span departments and to prioritize emergency planning within the city.Â

He will coordinate all emergency preparedness efforts of the city including working with businesses, hospitals, schools, and residents to educate them on the city's plan and their own need for emergency planning.Â  He will also continue to coordinate theÂ city's organizational resources for a response in the event of an emergency and will seek additional grant funding from state and federal sources.

"The new larger emergency management program will provide more internal and external training and be based on an all-hazards approach to emergency planning," Mr. Rubin said.Â

He will continue to work with a part-time employee andÂ groups of volunteers in the city's Community Emergency Response Team and the city's new Medical Reserve Corps in cooperation with the Department of Health and Human Services. Rubin is on-call 24/7, as he was when he did this job part-time.

Rubin will put his 40 years of extensive experience and training with the U.S. Navy to use with his new position. Rubin's previous positionÂ as director of Facilities Management was eliminated from the city'sÂ 2007-08 budget.