Chicago blues legend David ‘Honeyboy’ Edwards was honored with a 93rd
birthday tribute performance at the Society for the Preservation of
Art and Culture in Evanston Wednesday night. 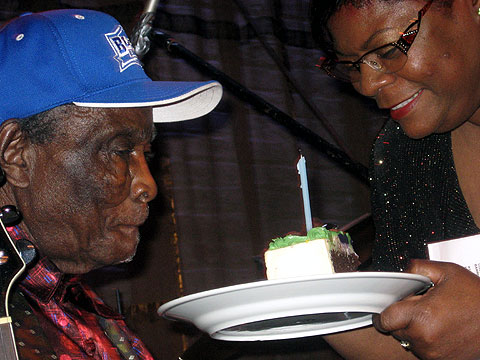 Vocalist Katherine Davis hands off the birthday cake to the guest of honor.

Edwards, who won a Grammy this year for best traditional blues album, has just returned form a tour in England to take part in the Chicago Blues Festival. 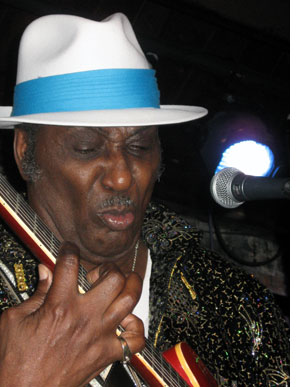 Skokie resident Eddy ‘The Chief’ Clearwater was among the other performers who played at the tribute.

The session drew a standing-room-only crowd to the newly opened performance venue behind the Union restaurant at 1245 Chicago Ave.

Like Edwards, Clearwater was born in Mississippi, where he got his start playing in gospel groups, switching to the blues after he moved to Chicago, not long after Edwards moved to the city. 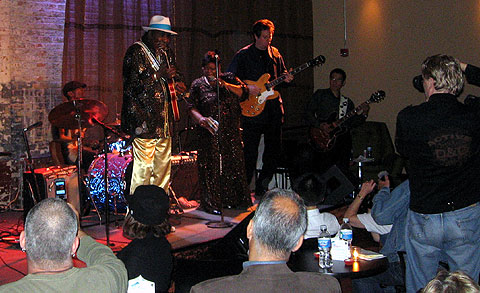 Up close to the show at SPACE. 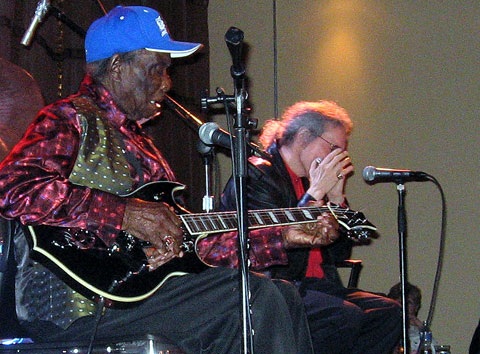 The guest of honor shows his stuff.

The SPACE blues fest continues through Saturday with performances at 9 p.m.