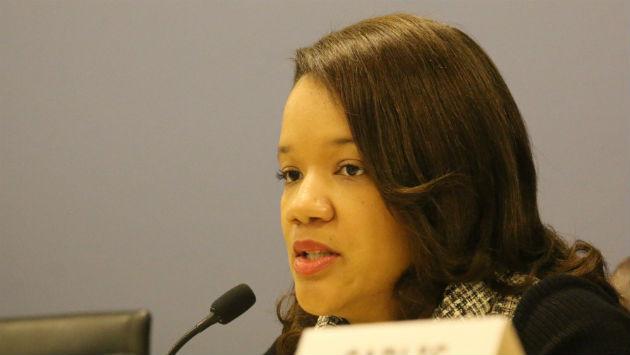 Evanston’s Board of Ethics issued findings this week on the remaining complaints stemming from the April 4 election.

In a complaint filed by Betty Ester against incoming 5th Ward Alderman Robin Rue, Deputy City Attorney Michelle Masoncup says the board concluded that it created “an appearance of impropriety” when Rue, a member of the city’s M/W/EBE Development Committee, presented a request for grant funding for Sunshine Enterprises to the Economic Development Committee when Rue was to be employed by Sunshine in carrying out the grant-funded project.

The Economic Development Committee recommended approval of the grant to the City Council.

However, Masoncup said, the ethics panel held that the connection “was sufficiently tenuous” that “it did not constitute a violation of the Code of Ethics.”

Regarding a complaint filed by Misty Witenberg, an unsucessful candidate for 5th Ward alderman, against retiring 5th Ward Alderman Delores Holmes, Masoncup said Holmes violated the ethics code when she “acted in a manner that showed a lack of impartiality by disseminating information obtained in the course of duties as an elected official from one candidate” to a member of the campaign team of the candidate she later endorsed.

And the board rejected a complaint from another losing 5th Ward aldermanic candidate, Carolyn Murray, that Holmes had violated ethics guidelines by distributing a 5th Ward community newsletter after the election.

The board is scheduled to produce written findings and an advisory opinion on the ethics complaints at its May 16 meeting.

Editor’s note: This story has been updated, based on new information from Masoncup. The update reverses the outcome of the Witenberg complaint.