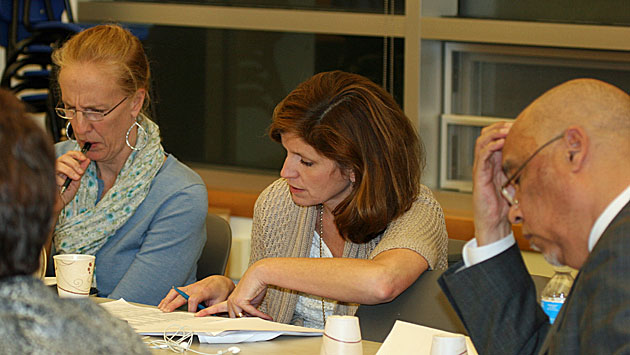 Members of the Evanston/Skokie District 65 school board backed away Tuesday night from holding an operating fund referendum for existing programs at the same time as a planned new school referendum next March.

Board member Tracy Quattrocki said the board should first "take a hard look" at the recommendations made this month by the citizen's ad-hoc budget committee.

"My fear," member Kim Weaver said, "is that we don't know" if the deficit numbers suggested by the district administration are right.

Member Richard Rykhus said that within six months or so the board should have much better numbers to work with — based on the results of contract talks with the district's unions and other factors. 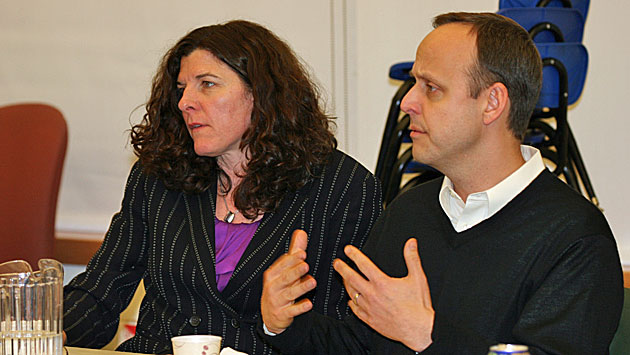 Member Andrew Pigozzi, noting that the administration's deficit projections start at $3.3 million for next school year, said that in 2004 the district had to cut $3.5 million in spending.

"So this is something the district's been through before," Pigozzi said, "It's not unprecedented that we would attempt to tackle a deficit like that."

Superintendent Hardy Murphy said, "The heart of the matter" in terms of the looming deficits, "is the ongoing increase in compensation in the district compared to the rate of revenue increase."

"That's saying that negotiations we're in with our bargaining units will go a long way to determining what the future looks like for us," Murphy added.

The administration has built its forecast of deficits growing to $8.7 million in 2015-16 on the assumption employees would get pay increases totaling 3.7 percent a year, while projecting that the cost of living, and tax revenue, will increase just 2.5 percent a year.

It was not clear from the discussion whether the board is still considering an operating fund referendum just for the added operating costs for the proposed new school next spring.

Based on estimates prepared by the district's finance office, the owner of a home valued at $367,000 — the median price for Evanston — would face approximately the following potential annual tax increases under some of the referendum scenarios:

The owner of a typical Evanston home already pays more than $3,000 a year in property taxes to District 65.

Depending on the outcome of the budget talks and the expected new school referendum in March, the board could schedule an operating fund referendum to coincide with the next fall's presidential election, or with the municipal elections in April 2013.

The board is scheduled to formally vote on its referendum plans at meeting at 7 p.m. Monday at the district administration building, 1500 McDaniel Ave.