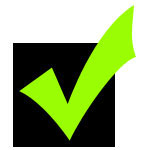 Two members of the Evanston/Skokie District 65 School Board are now charged with formulating new questions for the district’s annual parents' survey.

At a meeting Monday night, the board once again discussed the issue of “survey fatigue,” a concern that parents may be overwhelmed by the numbert of surveys sent out by the district.

Every fall the district conducts a survey to gain insight into parent concerns. This year, that survey has been delayed to take into account a search for a new superintendent.

But instead of creating a separate superintendent survey, the district plans to include the questions in the annual survey.

In addition to the annual survey, the district is also required to issue a state-mandated Five Essentials survey aimed at identifying schools’ weaknesses and strengths. The board, however, does not have any input in the state survey.

Board member Candance Chow raised concerns over the generic nature of some annual survey questions.

She suggested the board frame the questions “in such a way that they are pretty specific and deliberate about what they are getting at.”

Chow and board member Suni Kartha were asked to return to the board at a meeting sometime later this fall with more specific survey questions.

When asked when the annual survey will be released, board president Tracy Quattrocki said, in an interview following the meeting, that a timeline would be decided upon in conjunction with the superintendent search firm.

The search firm is to be chosen at special meeting Oct. 28.