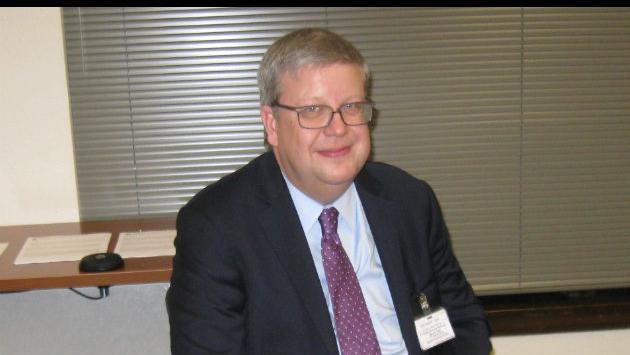 TACOMA, Washington — The Tacoma City Council failed to agree today on one of three finalists — including Evanston’s Wally Bobkiewicz — to become its next city manager, and Bobkiewicz then decided to withdraw from consideration for the job.

His decision came after the Tacoma council, following its Saturday session, invited its interim city manager, Elizabeth Pauli, to join the pool of applicants.

That move apparently reflected a dissatisfaction among council members with the finalists — who also included the deputy city managers of Fayetteville, N.C., and Amarillo, Tex.

Pauli agreed to join the list of applicants after the council deliberated for more than an hour this morning in an executive session.

The former city attorney for Tacoma, Pauli was appointed interim city manager in February, following the resignation of T. C. Broadnax, who left to become city manager of Dallas, Tex.

At the time, she was quoted in the local News Tribune as saying she was invited to become a candidate for city manager but turned it down and that she did not intend to apply for the permanent post.

Bobkiewicz, in an email this afternoon to Evanston aldermen said, “I’m not yet ready to leave Evanston.”

“As attractive an opportunity the Tacoma position is and as much as my wife and I were interested in being near her parents in the area,” Bobkiewicz added, “Evanston is still where our hearts and my professional passions live.”

And, in case the aldermen were wondering about whether he plans to stick around with a new mayor and three new aldermen joining the Council this month, Bobkiewicz added, “This experience has reaffirmed my commitment to the City of Evanston. I do not plan to apply for any other city manager positions in the near future. Instead, I look forward to assisting Mayor Hagerty, the City Council, and the outstanding city staff serving the residents of Evanston.”

Mayor Steve Hagerty responded with a statement of his own, posted on his Facebook page, that “Wally Bobkiewicz is one of the nation’s top city managers. The fact that he was a finalist for the Tacoma, Wash., job illustrates this point. I’m relieved that the Tacoma City Council was undecided, pleased that Wally withdrew, and grateful that his talents and heart remain in Evanston.”