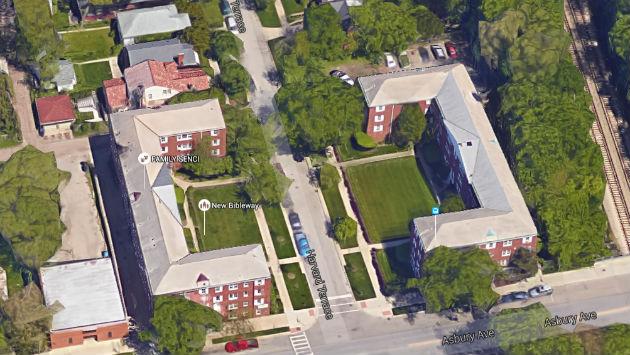 Update 12:05 p.m. Evanston police now say the man whose body was found in the basement of an apartment building in the 1200 block of Harvard Terrace was a resident of the building..

Police now have identified the victim as 19-year-old Star  I. Paramore. They say he died of a gunshot wound to the head.

Paramore, of 1223 Harvard Terrace, had been arrested by Evanston police last June a few blocks from his home and charged with possession of cannabis.

Police were called to the homicide scene at 5:35 p.m. Friday. Residents of the building on the northeast corner of Asbury Avenue and Harvard Terrace came home to find their building roped off with crime scene tape and police asking neighbors whether they had seen anything related to the apparent homicide.

Anyone with information regarding the incident is asked to contact the Evanston Police Department at 847-866-5000 or use Text-A-Tip anonymously by texting the information to CRIMES (274637) and entering EPDTIP in the message line with the tip information.

Update 9:05 a.m.: Evanston Police Cmdr. Joseph Dugan says police evidence technicians were at the scene until after 1 a.m. today. He thanked residents of the area for their patience and cooperation as the investigation unfolded.