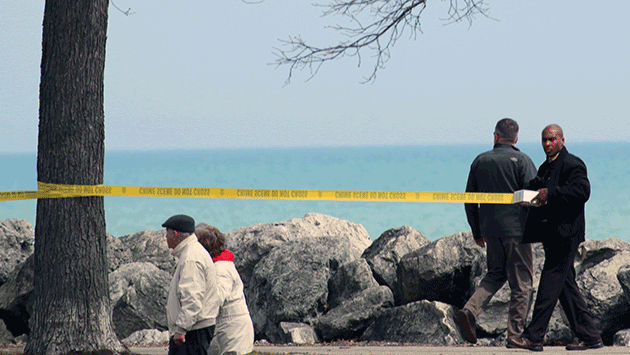 A person walking through Clark Square Park in Evanston found a body washed up on the rocks along the Lake Michigan shoreline this noon.

The body apparently had been in the water for some time, and the medical examiner's office was called to remove it. 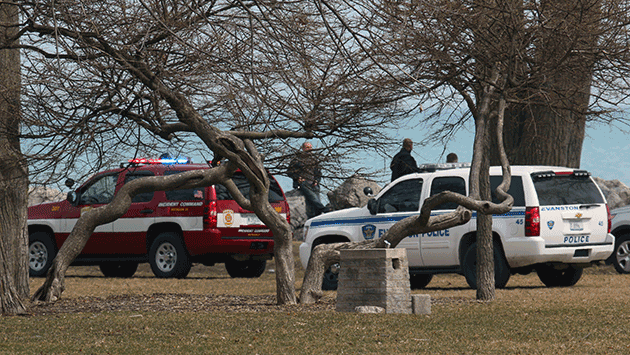 Update 1:10 p.m.: Evanston Police Cmdr. Jay Parrott says the victim was a woman, but that it's too early to tell whether the body may be that of a missing Des Plaines woman, 61-year-old Debra Fredricksen, whose car was found parked at Elliot Park on the Evanston lakefront on Feb. 22.

Update 2 p.m. 4/7/14: Cmdr. Parrott says the body recovered from the lake was badly decomposed and its expected to take DNA analysis to provide a positive identification, meaning the identity may not be determined for quite some time.