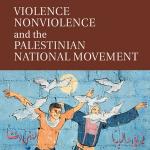 Ever wonder why some public protest movements are peaceful while others are violent?  An Evanston author thinks the answer might lie in how well a movement is organized.

That’s one of the conclusions of Northwestern professor Wendy Pearlman in her new book, “Violence, Nonviolence, and the Palestinian National Movement,”  which was recently awarded runner-up status as “Best Book on the Middle East” in the 2011 rankings by Foreign Policy magazine.

Her discovery led her to offer a theory about political violence that can apply to any movement.

“Movements must be internally cohesive in order to use non-violent protests, because nonviolence requires coordination and collective restraint that only a cohesive movement is able to provide,” Pearlman said. “On the flip side, the more that a movement is fragmented, the more likely that violence occurs.”

Observers often are too quick to attribute political violence to culture, religion, fanaticism, or stark calculations, in Pearlman’s view.

“It’s easy to overlook how the structure of political relationships within a movement also shapes the tactics it uses,” she says. “My book aims to retell the history of the Palestinian movement with a focus on the relationship between internal politics and external strategy,” she adds.

“Violence, Nonviolence, and the Palestinian National Movement” was published in 2011 by Cambridge University Press. It is available from Barnes & Noble in hardcover format for $80.29, or $63.20 for the electronic version.