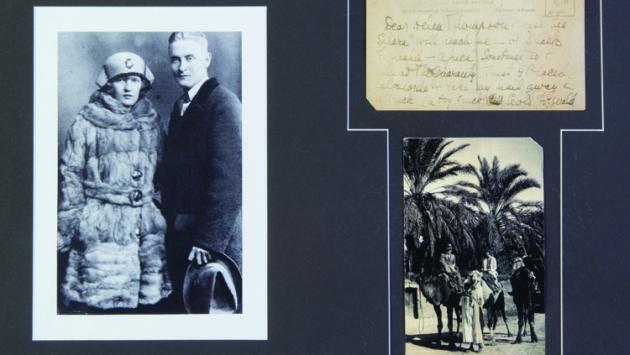 Used books were not the only treasures that filled the shelves, nooks, and crannies of the 30-year-old Bookman’s Alley, tucked away off Sherman Avenue in downtown Evanston.

There were also scores of autographed quotations, letters, and postcards from celebrated authors, musicians, and historical figures that owner Roger Carlson picked up at hundreds of estate sales throughout the North Shore and beyond. 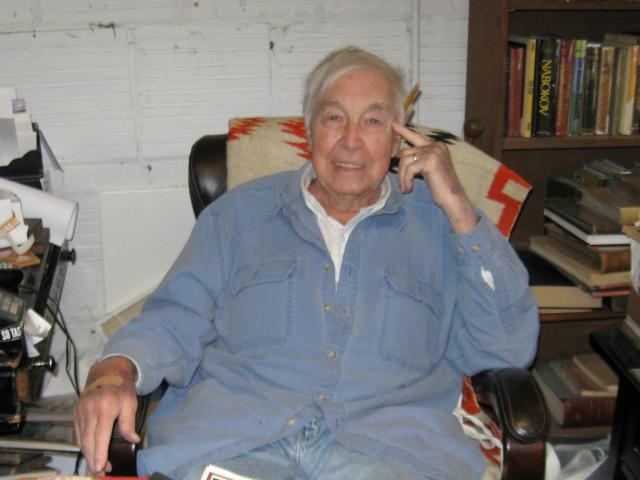 Roger Carlson, owner of Bookman's Alley, which he plans to close this spring after 30 years..

The best of these will constitute the first 25 lots of the Spring Fine Books and Manuscripts auction to be held Wednesday, April 4, at Leslie Hindman Auctioneers, located at 1338 W. Lake St. in Chicago.

Previews will be held at the auction house Saturday through Tuesday before the auction begins Wednesday at noon.

Hand-picked by Carlson for their content, rarity, and wittiness, the collection boasts a number of impressive items, such as a rare postcard sent from F. Scott Fitzgerald while in “The Sahara,” stating: “’The Sahara’ will reach me – or ‘Sheik Fitzgerald – Africa’,” with an original photograph of Scott and Zelda atop camels.

Another item is a hand-written note from John Phillip Sousa to a young musician, giving advice as to which instrument he should pursue and, regardless of the choice, “stick to it.”

Together with the autographs are two high spots of literature—the first Latin edition Systema cosmicum, Galileo’s advancement of the Copernican system that was notoriously placed on the Vatican’s list of outlawed books, and a first issue of Robert Louis Stevenson’s The Strange Case of Dr. Jekyll and Mr. Hyde.

Photos of items to be auctioned are contained on the auctioneer’s website, where you can also register if you wish to bid in person, on the telephone, or online Wednesday afternoon.

In the meantime, there were still thousands of unsold books lining the shelves of the historic bookstore Thursday that need to be sold before the store closes this spring.

Top: Rare photo of Scott and Zelda Fitzgerald is among the items to be auctioned.