A bunch of bottles showed up on the lawn of the Evanston Art Center this weekend. But they weren’t the careless discards from a night of lakefront revelry.

They were the raw material for a new public art installation by Kansas City artist Matt Dehaemers. 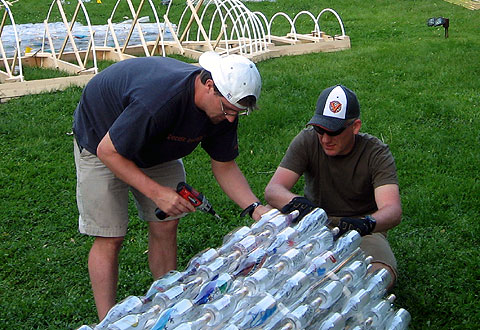 On Saturday Dehaemers and his assistant Keith Dalby put together the work — which consists of 6,000 plastic water bottles — each with a message written on a slip of paper by a child or adult from the Evanston-area.

The bottles were attached to five 16-foot long wood and plastic frames which resemble ships, or giant bottles, all pointed toward the lakefront lighthouse, as if seeking safe harbor there. 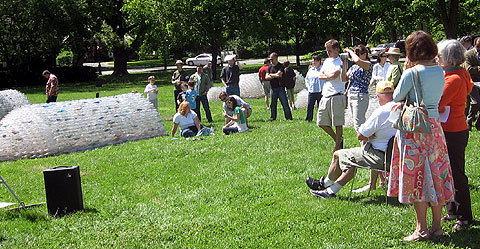 By Sunday afternoon it was time to dedicate the sculpture, which Dehaemers calls "The Nereid Beckon" after the nereids, who, in Greek mythology, were sea nymphs who helped sailors tested by perilous storms. 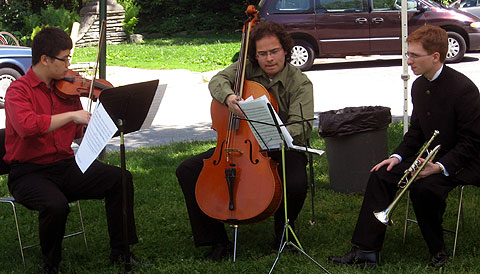 A little music, provided by the Music Institute of Chicago, a little talking to thank the city and the state arts council for funding the project, and the sculpture was officially installed for a summer-long run. The bottles are even illuminated from the inside with Christmas tree lights for evening viewing. 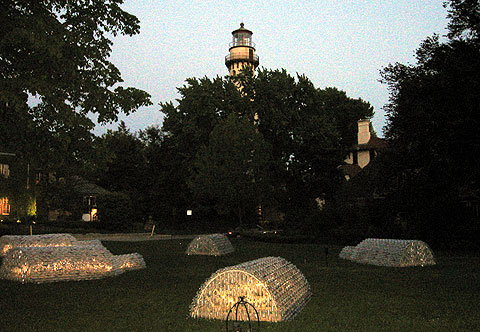 Also opening over the weekend at the art center was an indoor exhibit — the 19th Evanston and Vicinity Biennial, featuring works from several dozen area artists. It runs through July 6.