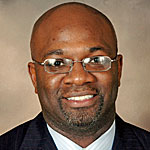 Braithwaite will fill the vacancy created by the appointment of former alderman Lionel Jean-Baptiste to the 9th Sub-circuit Court of Cook County.

“Peter will be a caring, responsive and idealistic alderman; I am delighted and honored to appoint him to be the 2nd Ward alderman,” Tisdahl said.

Braithwaite grew up in the 2nd Ward. The youngest of five and the son of Jamaican immigrants, he attended Dewey Elementary School, Nichols Middle School and is a 1988 graduate of Evanston Township High School.

He graduated from the University of Kansas with a bachelor’s degree in psychology with a focus in African-American studies and human development.

Braithwaite, who lives at 1425 Darrow Ave., has worked with a variety of community and youth groups on strategic planning, program development and fundraising for more than 15 years.

He served as a Case Manager at Association House of Chicago, Project Coordinator for the Evanston “I Have a Dream Project” and interim Youth Director at the McGaw YMCA. Most recently, he has worked in medical sales and is currently an independent sales consultant.

Braithwaite is married to Claudia Braithwaite, a teacher in District 65, and has four children.

He has served on the Evanston Community Foundation Root 2 Fruit Board since 2002; and has been a member and officer of the Chessmen Club of the North Shore, Inc. since 2004.