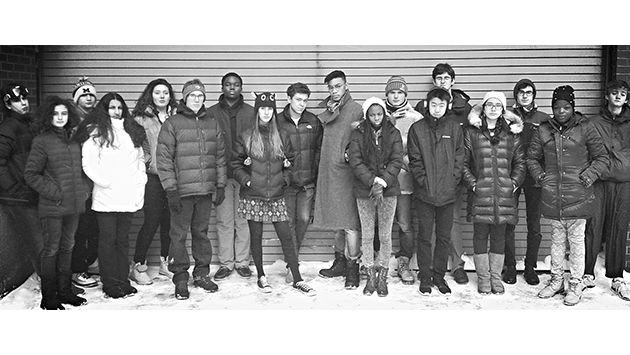 Thirty-six Evanston Township High School students traveled to Boston last weekend to compete in the Harvard National Speech and Debate Tournament. The team outlasted the weather — a blizzard shut down the tournament for a day — and competition from over 3,900 students from around the country to emerge as one of the top schools in the field.

In junior varsity Policy Debate, sophomores Alex Joh-Jung and Danny Frank-Siegel reached the quarterfinals, to be among the top 8 out of 75 teams.

ETHS was one of only a handful of schools to have students in late elimination rounds of multiple events and across multiple divisions. Even students who did not advance acquitted themselves well — across all divisions and events, ETHS debaters had a 30-16 record in preliminary rounds.

Over the next three weeks ETHS students will participate in various district tournaments to try to qualify to the national championships. Then, in March, they will compete for state titles at the novice, JV, and varsity levels.

Overall, 63 students have competed for the team this year. At the Harvard event, 40 percent of team members were students of color and 55 percent were female.