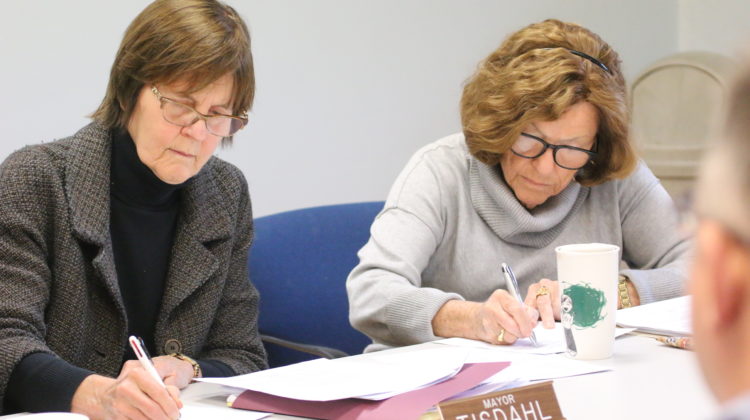 Evanston’s Electoral Board voted this morning to keep all five mayoral candidates on the ballot for February’s primary election.

The board rejected a challenge from candidate Jeff Smith seeking to reject the petitions of the other four candidates.

Last month it had rejected a similar challenge from a supporter of mayoral candidate and 9th Ward Alderman Brian Miller.

The board’s chair, Mayor Elizabeth Tisdahl, said none of the issues raised by the objectors were serious enough to deny ballot access to the candidates or the voters who had signed their petitions.

Board member and Alderman Ann Rainey, 8th Ward, said she had always found election campaigns in Evanston previously to be “very honorable” but that this campaign had been “unpleasant and unkind.”

“Even Chicago hasn’t risen to this in my experience,” Rainey added.

City Clerk and Electoral Board member Rodney Greene said he believed the city should make it easy for people to get on the ballot so the citizens can decide who they want for the position.

Greene said he’s already sent the names of all five candidates to the County Clerk’s office, but it would be up to them to decide the order in which the candidates’ names appeared on the ballot.

After the meeting Smith said he hadn’t made a final decision about whether to appeal the board’s decision to Circuit Court, but that he was leaninig against an appeal, given the time required to conduct his campaign.

Tisdahl said no candidate should have to be a lawyer, or have to hire one, to be able to run for election in Evanston.

Smith and Miller are the only lawyers in this year’s mayoral race.