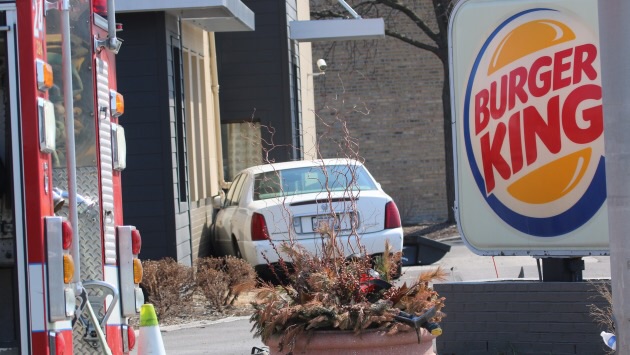 A car slammed into the wall of the Burger King restaurant at Dempster Street and Dodge Avenue in Evanston about 10:30 this morning — striking the gas meter that serves the building and breaking the gas line.

Several Evanston fire units responded to the scene and managed to cut off the flow of gas from the broken line. Neighboring buildings were checked and no dangerous buildups of gas were discovered. 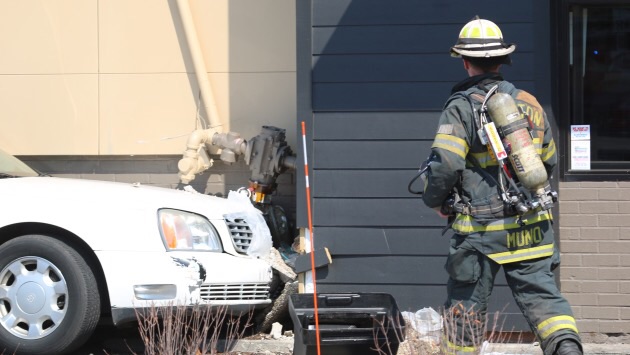 Update 11:25 a.m.:City Manager Wally Bobkiewicz says the elderly couple in the vehicle apparently lost control of the car as they were driving northbound on Dodge, first hitting a traffic signal on the southeast corner of the intersection and then crossing Dempster and running into the Burger King building on the northeast corner.

Fire and police units are now leaving the scene, but the restaurant, Bobkiewicz says, is likely to remain closed for the day. No injuries were reported.