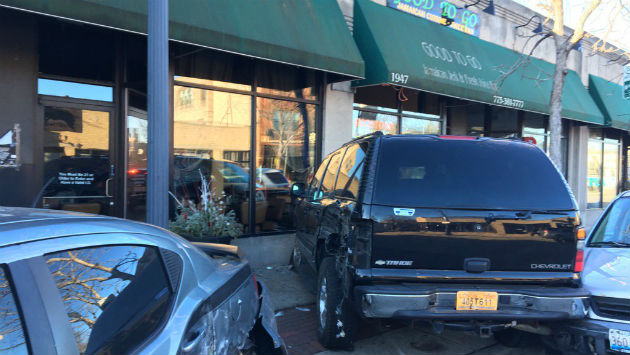 Eastbound traffic on Howard Street is blocked at Custer Avenue in Evanston for over an hour after a three car accident that left an SUV up against the wall of a storefront on the Chicago side of Howard.

The accident happened about 7:20 a.m.

Police reportedly are looking for the driver of the SUV, who apparently walked away from the scene.

Witnesses say the SUV, a Chevy Tahoe, apparently jumped the curb as it was driving down Callan Avenue, knocked down a no parking sign, and then hit the wall at the corner of the Peckish Pig restaurant at 623 Howard St., damaging brickwork below a plate glass window. 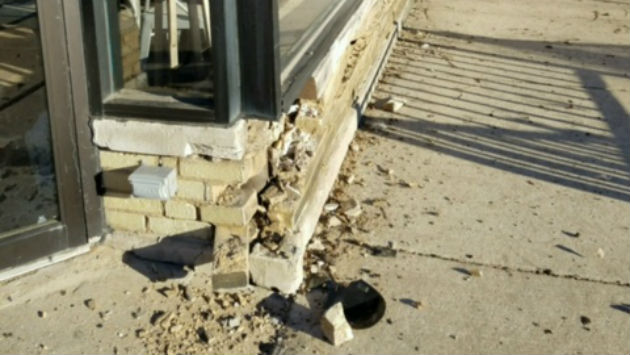 Damage to the brickwork at Peckish Pig. (EPD photo)

It then crossed Howard and came to rest in front of the Good to Go Jamaican restaurant, after knocking down a parking pay kiosk and other objects on the Chicago sidewalk.

Update 8:37 a.m.: Police reopened Howard Street to traffic shortly after 8:30 a.m. Police are still looking for the driver of the SUV.