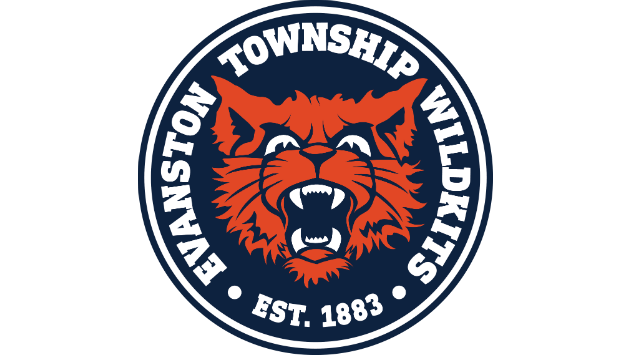 Junior varsity players rarely get the chance to compete on a fenced-in field. But no fence could contain the blast Eisfelder hit Monday in just her sixth varsity game.

The sophomore catcher blasted her first career home run, a drive over the left center field fence at ETHS, and sparked the Wildkits to a 9-6 victory over Northside College Prep.

Eisfelder’s recent promotion to the leadoff spot resulted in a 2-for-3 performance Monday with 3 runs scored. The speedy sophomore also stole home as part of a fourth inning rally that helped put the game out of reach for the visiting Mustangs as Evanston improved to 4-2 on the season.

Evanston head coach Katie Perkins decided she wanted more pop at the top of the lineup, so Eisfelder — who batted in the No. 3 spot most of her freshman year playing for the JVs — could help set the tone on offense.

So far the slender sophomore is batting .500 with a line drive stroke, and has also excelled behind the plate on defense.

“We moved her from the No. 2 slot to the No. 1 slot, and I think that was the right move for us,” Perkins said. “She’s really seeing the ball well right now. All the way around she is such a great kid, when you look at her work ethic, her manner, her hustle and her drive and the way she wants to make the team better. I can’t say enough good things about Meg.

“I didn’t anticipate changing levels (from JV to varsity) would be a problem for her because of her discipline at the plate. She plays all year round so she’s seen faster pitching in the summer, and right now she has one of our best on-base percentages. She hit a lot of doubles and triples for us last year — but right off the bat I could tell that ball was going out today. I wasn’t surprised — but I think she was.”

“I was a little concerned about how I’d hit at the beginning of the year, but I think I was well-prepared from JV ball, because I faced some fast pitchers there,” Eisfelder said. “The level of competition is different, though, and I think I’m doing alright. I like the leadoff spot and I like catching, because I like being involved in every play.

“The adjustment has been a bit more difficult for me on defense because we have 3 different pitchers (Zoe Kurtzer, Jaden Janzen, Grace Elwood) who all have different pitches and throw at different speeds, too.”

Eisfelder, a left-handed throwing catcher as well as a left-handed hitter, also made an impact on defense Monday to snuff out a Northside Prep rally in the sixth inning against reliever Elwood. The Mustangs had already pushed two unearned runs across to trim their deficit to 9-6 with two outs, but Eisfelder and shortstop Maddie Managlia executed perfectly against a double steal attempt as Eisfelder grabbed a return throw and retired Sarah Joseph on a tag play at the plate.

Evanston benefited from 7 walks and a hit batsman from Northside starter Meghan Kennedy, who also struck out 8 in a feast-or-famine performance. Kennedy also heaved 5 wild pitches before departing in the 5th inning.

Eisfelder walked and came around on a stolen base and a pair of wild pitches in the first hitting and Janzen followed with an RBI double for the hosts. Evanston scored three more runs in the third using only one hit — a bunt single by Gina Hopf — as Kennedy couldn’t find the plate and wild-pitched another run across.

Eisfelder also ignited a 3-run rally in the fourth, and scored on what has become the Wildkits’ pet play. With the bases loaded Hopf appeared to have committed a base-running gaffe, attempting to steal second base when it was already occupied by a teammate. When the confused Mustangs finally threw too late to first, Eisfelder sprinted home with the first run of the inning.

Megan Chambers lined an RBI single down the right field line and Hopf eventually crossed on a fielder’s choice. Eisfelder added some insurance against reliever Joseph with her one-out homer in the 5th.