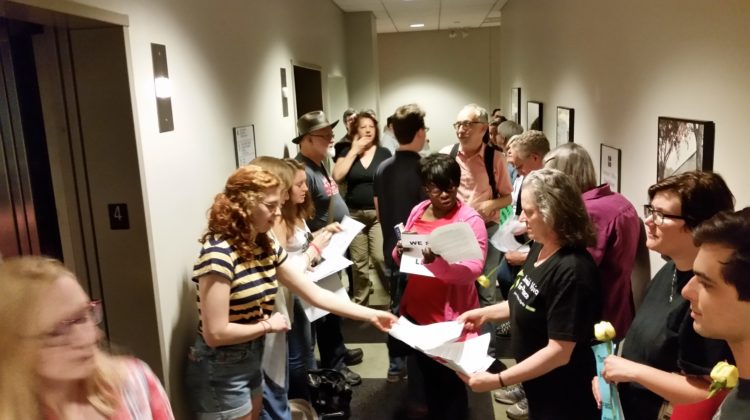 Can you disparage your employer on social media and keep your job? An Evanston Public Library librarian will soon learn the answer to that question.

Librarian Lesley Williams faced a dismissal hearing today over claims she violated the city’s information technology use policy by making critical comments on Facebook about the library’s equity and inclusion activities.

In a notice to Williams about the hearing, Library Director Karen Danczak Lyons said Williams’ comments “extremely offended” the two library employees who had posted fliers in support of those activities.

Quoting from the city policy, Danczak Lyons said, “Postings or user profiles on personal social media accounts must not serve to defame or damage the reputation of fellow City employees or City departments.”

Apparently referring to prior incidents that led to Williams being suspended from work earlier this year, she said Williams has “continued to create an unhealthy work environment for your co-workers by engaging in unhealthy communications and behavior.”

She added that Williams has “exhibited poor work performance, gross incompetence, conduct unbecoming, and repeated failure to work in accordance with City policies.”

Dozens of supporters of Williams gathered this morning in the hallway outside the library’s fourth-floor board room where the closed-door hearing was to be held by city human resources staff. 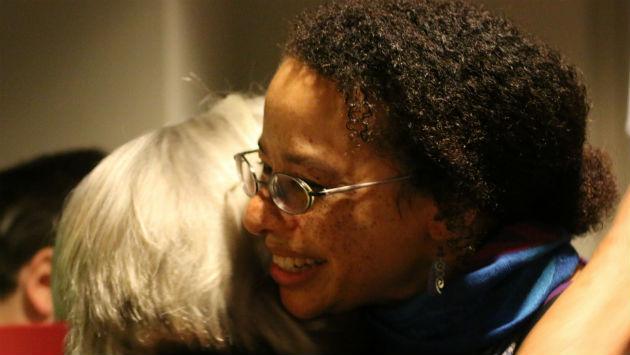 Williams embraces a supporter before the hearing began.

Williams told supporters the dispute wasn’t just about her, but whether “We want an Evanston that’s fully and completely committed to equity, to freedom of speech and intellectual freedom.”

Issues underlying the dispute include the location of branch libraries and the library’s efforts to increase minority representation in its workforce.

Results of the hearing are expected to be announced within the next few days.