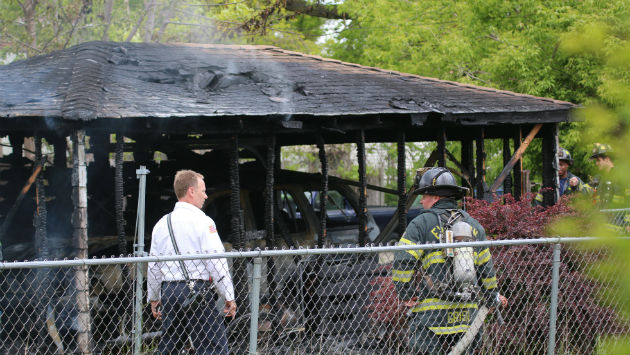 A fire that broke out around 12:30 this afternoon destroyed the garage behind a home at 1105 Pitner Ave. in Evanston.

A vehicle inside the one-car garage also appeared to be destroyed.

Officials apparently suspect the fire may have been intentionally set. A fire inspector and juvenile detectives have been called to the scene. 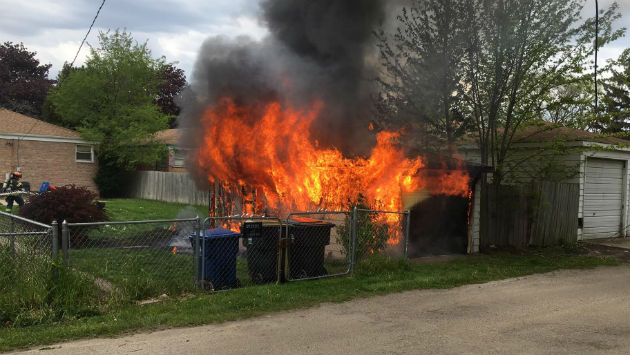 The building was fully engulfed in flames when fire units arrived. (EFD photo)

The odor of smoke from the fire could be discerned more than a mile east of the blaze.

Fire officials say there were no injuries.