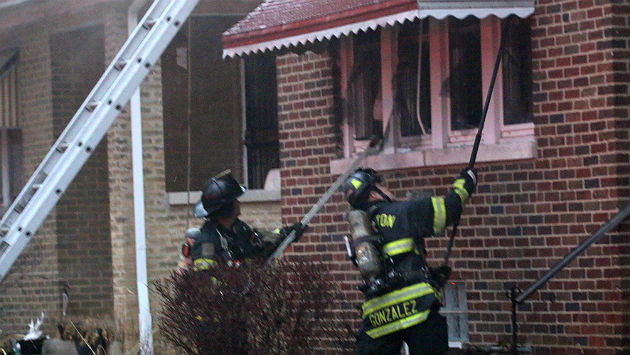 A fire broke out in the kitchen of a home at 1405 Grey Ave. in Evanston about 6:30 this evening. Firefighters arriving on the scene saw flames shooting from a kitchen window. 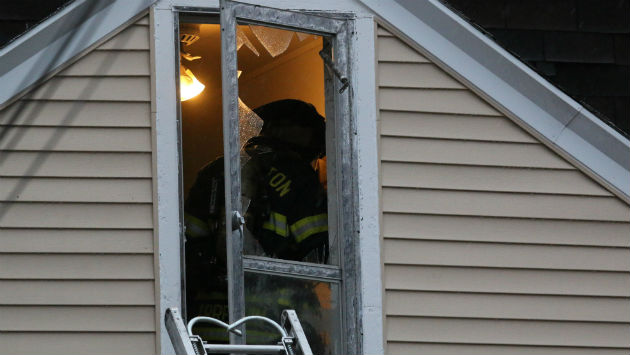 A firefighter at work on the building’s second floor.

They managed to bring the fire under control within a few minutes.

But it appeared residents would be displaced from the building.

There were no immediate reports of any injuries.

A fire inspector and a police evidence technician are on the scene to try to determine the cause of the blaze.

Fire investigators on the scene said the fire was caused by cooking grease. There were no civilian or firefighter injuries reported.