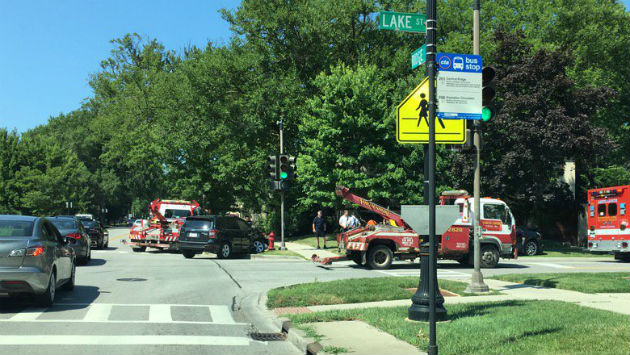 Evanston police say an accident that happened a few minutes ago on Ridge Avenue at Lake Street has traffic blocked there.

At least one person was injured in the accident and a Fire Department ambulance is on the scene.

The impact sent the Subaru up onto the parkway where struck and damaged a city fire hydrant.

Dugan says two female passengers in the Subaru and the driver of the Cadillac complained of being shaken up by the crash and were transported by Fire Department ambulance to Evanston Hospital.

He says the driver of the Subaru was ticketed for disobeying a traffic signal and damaging city property.

The streets were reopened to traffic less than an hour after the accident occurred.