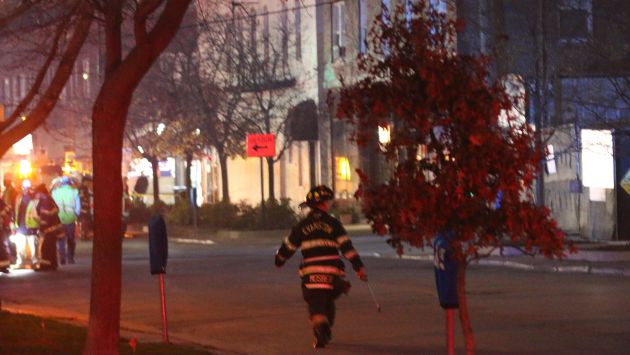 Maple Avenue in downtown Evanston is blocked to traffic between Davis and Grove streets this evening as utility crews try to repair a gas leak.

That's the building that houses, among other businesses, Jay's Barbershop. 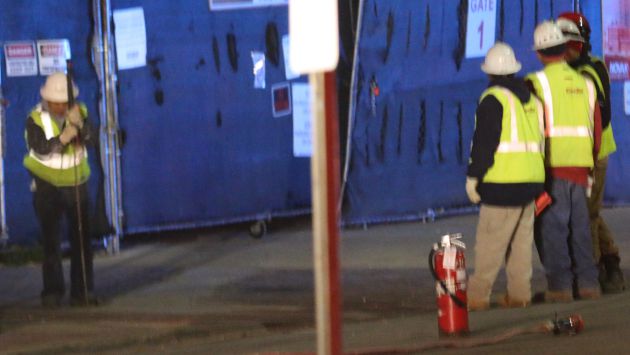 A worker trying to break through concrete to get at the gas main.

It's also adjacent to the construction site for the new 12-story 1571 Maple Ave. apartment building now under construction.

Fire officials on the scene said it appeared the gas might be leaking into an underground electrical vault in front of the building and that the electrical equipment in the vault might be smouldering. 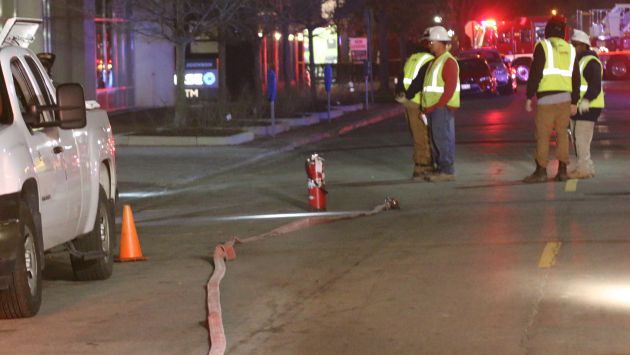 Utility crews from Nicor and ComEd are on the scene.

Passersby on Davis and Grove could clearly smell the odor of gas spreading from the leak.