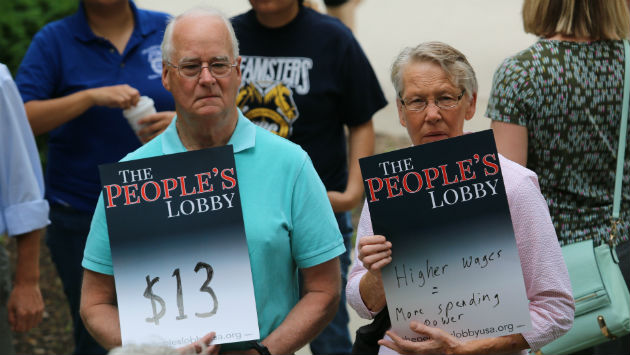 Dozens of people gathered outside the Evanston Civic Center this morning to demand that the City Council let a scheduled increase in the minimum wage take effect tomorrow.

The wage increase was approved the the Cook County Commission last fall. But in recent weeks an increasing number of suburban communities have chosen to opt out of the wage hike to $10 an hour from the existing statewide minimum of $8.25. 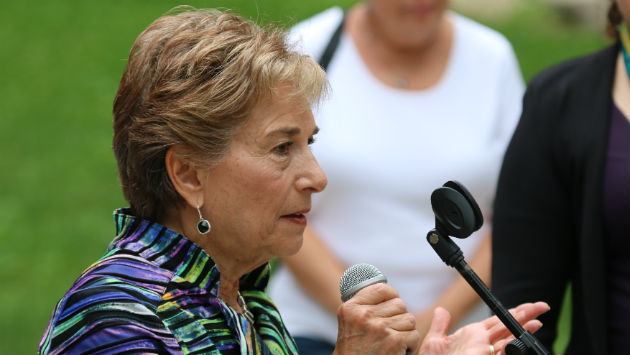 “We’re proud to be progressive in Evanston,” Schakowsky said, “and proud to take positions that others may not be williing to take.”

She said that in a non-binding referendum an overwhelming majority of Evanston residents voted in favor of increasing the minimum wage.

And she noted that the minimum wage in Chicago is scheduled to rise to $11 an hour on Saturday — a dollar more than the wage hike approved by the county.