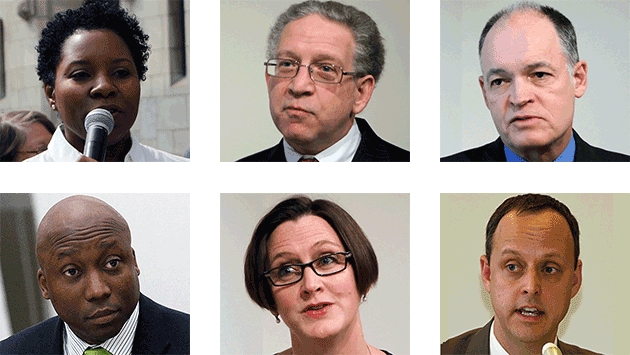 Update 5:40 a.m. 4/8/15: Complete but unofficial returns show that Parsons, Baum and Metz have won in the five-way race for three seats on the Evanston Township High School board.

Brown, Phillips and Rykhus have cruised to victory in the four-way race for three seats on the Evanston/Skokie School District 65 board.

In the race for one seat on the Ridgeville Park District board, incumbent Patrick McCourt defeated challenger Socorro Clarke.

The Oakton Community College race provided the only local contest where an incumbent failed to win re-election — with Benjamin Salzberg defeating Theresa Bashiri-Remetio for one of two open slots on the board, while incumbent William Stafford of Evanston was far in front in the total vote count.