Update 9 a.m.: About 1,200 Com Ed customers in the center of Evanston lost power for over an hour this morning, and the wet, windy weather also apparently is to blame for an electrical fire in the 1300 block of Davis Street.

The area affected included homes west of Asbury Avenue and east of Florence Avenue, running from Emerson south to Davis Street as well as some additional areas north of Emerson. 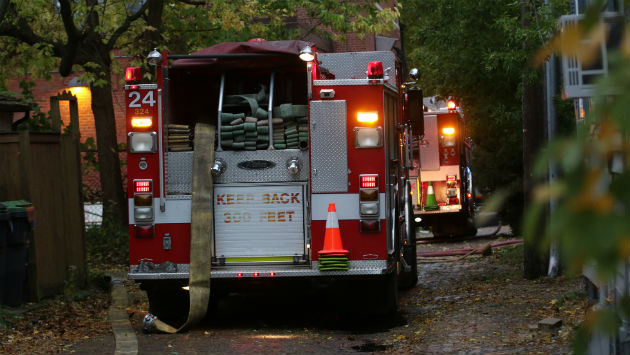 About 8:30 a.m. Evanston Fire Department crews responded to a report of electrical transformers arcing in the alley behind 1308 Davis St.

Fire crews were able to quickly extinguish the resulting fire, and it appeared there was little damage except to two transformers on poles in the alley.

Bill Smith is the editor and publisher of Evanston Now. More by Bill Smith