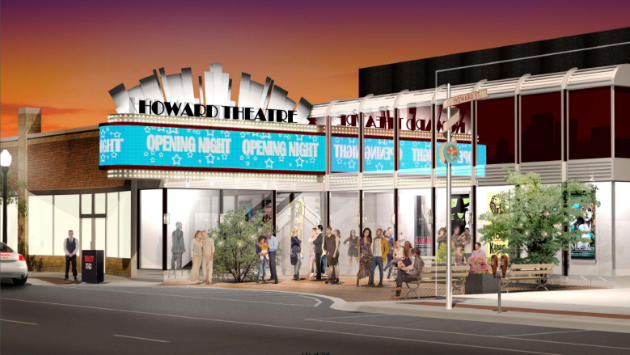 One key item on tonight's agenda is a proposal to spend $40,000 for an architect to design a theater space for a vacant city-owned property on Howard Street. Background on that in this story.

A 1 – Another license-plate reader system for parking enforcement. $50K. Approved.

Alderman Ann Rainey, 8th Ward, says the intersection at the east side of the shopping center now is "terrifying." Plan to add signal there.

Public Comment from Junad Rizki. Asks what's the scope of the work — how big will the theater project actually be? One million or two million? (City Council rejected an earlier $1.7 million plan for a theater on Howard.)

Asks whether city will be subsidizing the theater project?

Johanna Leonard, from city's economic development division. Notes the proposal now is for a different building than for the earlier project. Says expects to be able to keep the new project all on one floor — which would be cheaper than the two-story plan considered previously.

Assistant City Manager Marty Lyons says the 415 Howard property will start providing a solid revenue source for the TIF starting next year, as its tax break is phased out. Says TIF and the 415 Howard builiding maintain their value that the TIF could have $100K or more in revenue per year to work.

Alderman Brian Miller, 9th Ward, says he's opposed to th project — thinks its premature to be spending money for it.

Leonard says there's a lot of movement in the Chicago area theater market now and need to have a design for the space to be able to figure out what will work for the city and the theater company.

Leonard says the two prospects have submitted their tax returns so the city has an idea of what their financial resources are.

Miller says the council hasn't seen the information for the two groups.

Leonard says Strawdog Theatre is one of the theater companies the city has been talking to. The other is The Hypocrites.

Alderman Holmes says the risk is one the city needs to take to be able to turn the vision for Howard Street into a reality.

Rainey says the focus group that helped develop the proposal includes highly skilled theater professionals. Says we know we didn't do the best job the first time around — but felt really confident of what the new group has come up with.

Rainey says city development efforts have increased property values on Howard Street and buildings are now starting to sell in an area that had seen no property sales or a decade.

Rainey says the theater won't make a lot of money itself — but will generate revenue for other businesses.

Says the city most likely won't sell the theater building, but will sell the other city-owned properties on Howard.

Miller says there's no business plan, no non-profit fundraising plan. Nothing yet that demonstrates the city will have a tenant who can pay for it.

City Manager Wally Bobkiewicz says the city has been working on theater plans or years.

Says we're not at the point yet of getting a firm proposal for how much a theater company would contribute.

Says the $40K investment is what the staff believes the city needs to make to develop a plan that addresses all the issues the Miller is raising.

If don't, then need to find a different use for the property.

Grover says the project is part of the implementation of a larger cultural arts plan for the city.

Approved 4-1. Miller casts the only no vote.

A 4 – Utility easement for Northwestern University for Emerson Street. Approved.

Lyons says city is back in talks with Skokie about possible collaboration on waste hauling. So was looking for a relatively short term contract with Groot, which had initially proposed a 10 year deal.

Alderman Holmes says in her ward there continue to be complaints about Groot's service. Says have garbage cans left in alleys and thrown in yards.

Says thinks should slow down the process.

Bobkiewicz says could hold the contract for two weeks to have the discussion of performance. Also could just go with a one year contract extension which would involve no rate increase (but not the reductions proposed for the two year term).

Bobkiewicz say the performance tends to be cyclical as personnel changes.

Grover suggests having staff prepare a heat map of 311 complaints for discussion at the first council meeting in October … on Oct. 12.

Committee votes to hold the contract proposal until then.

City Council meeting is scheduled to start about 7 p.m.