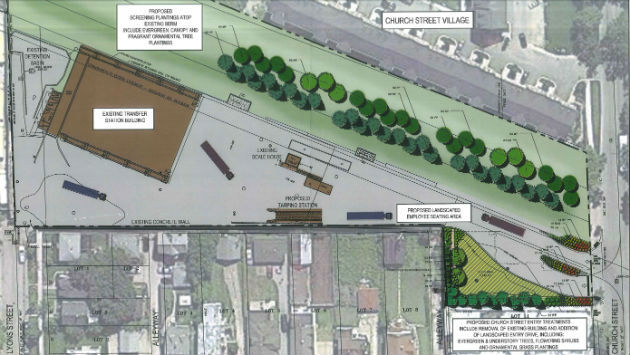 Deputy Chief James Pickett says about half the officers have been trained in Taser use so far. Says the chief wants to have all officers have them available, so they have "an additional tool" available.

Says Tasers will be camera-equipped so there'll be a recording of the incident for later review.

Aldermen Delores Holmes, 5th Ward, and Peter Braithwaite, 2nd Ward, note that there is a balance left in the narcotics seizure reserve account after this purchase. They suggest purchasing cameras that could be used for surveillance of crime hotspots.

Assistant Manager Marty Lyons says the new firm does 40 municipalities in Illinois, including others the size of Evanston.

Says fee for this year is less than than last year's cost.

Lyons says have been happy with existing auditor, but under council policy has to change firms every few years to get a fresh look at audit issues.

The easement is to install underground foundation caissons for the 12-story apartment building in the public right of way.

A 5 – Appointment of Eleanor Revelle as 7th Ward alderman.

Approved. Chair Brian Miller, 9th Ward, notes that Revelle is out of town and will take office at the 4th Monday meeting of February.

A 6, A 7 – Advanced Disposal settlement

Braithwaite and Holmes move to hold the proposal in committee until after there's time to get community feedback. So it's held.

Also held until next A&PW meeting, on Monday, Feb. 8