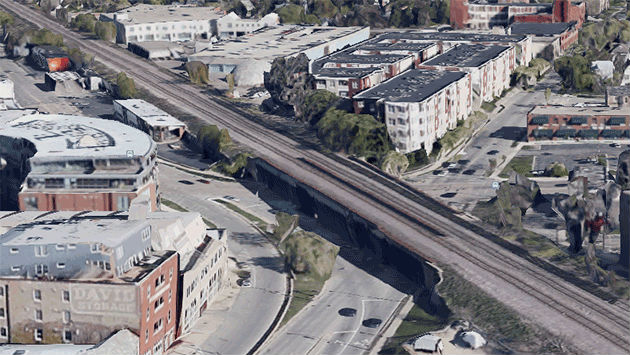 The meeting is scheduled to start at 6 p.m. Actually began about 6:07 p.m.

One of the items on the agenda is coming up with a new funding solution for the Emerson, Ridge, Green Bay repaving project.

Dave Ellis, 1319 Grant, retired firefighter, complains about social security numbers being visible in a form sent out to city employees. Suggest city should purchase protection against identity theft for the employees.

Marty Lyons, assistant city manager, says have just sent out letter to all impacted staff, offers one year of a security protection service paid by the city for credit monitoring.

Peter Hett from Autobarn speaks in favor of the street name change — says its part of the effort to draw people to the new building.

Lyons says city takes seriously collection of wheel tax from Autobarn. Says are currently withholding economic development funds until the wheel tax issue is cleared up — more funds than are at risk for the wheel tax. Says have 100 paid now, believes should be 40 more.

Says definition of prohibited areas for massage is overbroad. Raises other objections to various provisions.

Suggests instead that bans on overnight operating hours and certain other provisions would be more effective for law enforcement efforts.

Alderman Delores Holmes, 5th Ward, says she plans to move at the full City Council meeting tonight to have the massage ordinance held for revisions. (The ordinance isn't on the committee's agenda tonight.)

Steve Rogne, a bodywork professional, says there is need for more regulation to protect against human trafficking, but says the proposed ordinance won't do the job and will make it impossible for many legitimate practitioners to operate here.

James Specker, government and industry relations director of the American Massage Therapy Association, which is based in Evanston, says city didn't reach out to the profession before preparing the ordinance.

Says hopes will receive another grant which would further close the funding gap. (May have an answer on that within the next week.)

Lyons says because it's an IDOT project, there's no option to stretch out the start of the project. Notes that the new grants are in effect shifting funds that had been anticipated for other projects in future years — but hopes will be able to find new funding for those as well.

A 3.7 – Contract with Kovilic Construction Company for dredging of the Church Street Boat Ramp. $20K. Approved.

A 5 – Resolution for motor fuel tax funds use for roadway construction $1.4 million. Approved.

Staffer says were originally 13 properties. One has since been demolished. Can substitute new properties. May use other approaches besides ETHS high school construction program to provide new homes on the site.

Notes that one ETHS home, at 1941 Jackson, has been completed and is occupied by a new family. Says house ETHS now is working on on Dodge may be completed by this summer.

A 8 – Right of way agreement with Wide Open West for dark fiber to be leased by Verizon Communication. Approved.

A 10 – Change to eliminate resident only parking rules from Howard to first alley north on Clyde, Callan and Elmwood. Approved.

A 11 – Parking zone change for west side of Ridge between Austin Street and Harvard Terrace. Approved.