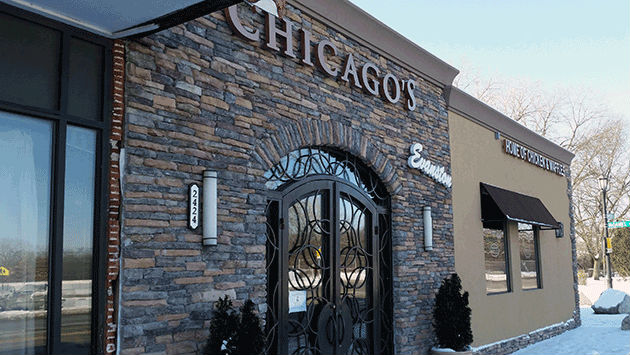 Among the items on tonight's agenda — a plan to approve a short sale of the former Chicago's Home of Chicken and Waffles restaurant that will leave the city with a big loss on its loan to the business.

Hassan Abdi says he's been with Norshore for decades and says he and other taxicab owners are going bankrupt.

Marie Figaro says she invested in a taxi in Evanston, says she has no pension or retirement savings. Says unless she renews her city medallion by April 30 it will be taken away — but she can't find drivers to driver her cab. Says taxis have heavy regulation but Uber has none.

Martin Cadet says drivers are fighting to survive. Says big company has come and tried to flush us out.

Alderman Ann Rainey, 8th Ward, proposes immediate moratorium on rescinding medallions if there is no driver for a car. Says at next meeting issues to try to bring up the cab companies — without bringing down Uber. Says should amend ordinance so there's an 18 month period if cab companies can figure out way to help them.

Says city hasn't given't the cab companies an increase in fares for a while. Uber is cheaper than the taxis — but some people prefer the taxi companies, she says.

Rainey says she didn't know the expiration of the medallions was an issue. (City has traditionally cancelled medallions if a cab owner didn't have a driver by April 30 each year.

A 3.2 – Elevator maintenance contract with Otis $60K each of next three years. Approved.

Alderman Rainey says definitely wants to get the building occupied — and appears a buyer is in the wings.

Alderman Miller says he wants to know more about what's happened on the back taxes. Says they can't close without the city's approval, and while closing is now scheduled for April 27, it can be delayed.

Braithwaite says the buyer is very concerned about timeliness — says if we delay or hold it may upset the deal.

Alderman Rainey says is there a risk the deal will blow up?

Bobkiewicz says all parties are anxious.

Says its a lot of money, there are different things to be weighed. Staff is bringing forward what's been presented.

Rainey says would be excusing the seller a loan … and is going to recoup money from the sale — asks if there's any way can do it if find out that taxes aren't due.

Farrar says part of the problem with respect to the seller is that they're corporate status has been revoked. Been very difficult to get straight information on any issue from the seller — has hampered ability to piece together the true nature of the transaction.

Farrar says no petition has been filed for redemption of the back taxes.

Miller says if they want to get the deal done they have to get more information to us.

Rainey isn't the bank the one who has the answers on this.

Wynne says shares concerns, but would like to get the property usable and working again, but need to get a lot more information.

Wants to know what other assets could pursue to get the city's money back.

Bobkiewicz notes that the principals won two other restaurants in Bronzeville and Oak Park … and the Oak Park has unpaid taxes.

Wynne says thinks city should spend some hours to see if there are some assets that could help in this situation.

Rainey says doesn't want to go after assets of other restaurants.

Motion is to move introduction at City Council tonight but hold it there for a special meeting to be held next Monday.

Dave Stoneback. Public Works Agency director, says current fee only covers a tiny portion of the cost. Proposes increase that would increase it to cover maybe a third of the cost

Stoneback says a lot of the special pickups are for items that are too big to fit in a trash can.

Holmes asks whether TMPs participate in the city's senior taxicab program. Told no.

Program only covers trips in Evanston.

Braithwaite asks about the market value of medallion. (They're traded privately — transaction doesn't go through the city.)

Katherine Knapp, the city's transportation and mobility coordinator, says Via is new TMP that only hires people with chauffeur licenses. It's a shuttle service — more competitive with buses.

Rainey calls for administrative moratorium on requirement that taxi medallions are cancelled if the owner doesn't have a driver.

Bobkiewicz says he's already committed to do that.

Says will hold meeting with taxi drivers between now and May 9 City Council meeting.

City Council meeting is scheduled to start in 10 minutes.