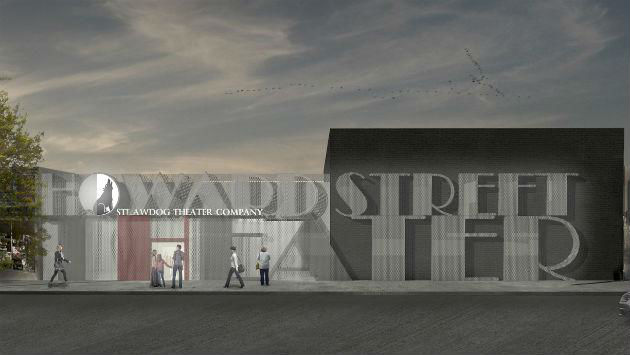 A 3.13 – Purchase of truck with aerial bucket device for public works. Approved.

A 3.14 – Contract with Vision Internet for city website redesign and hosting. Related story.

Some aldermen raise questions about whether the mobile version of the site will actually be easy to use.

A 4 – Lease agreement with Strawdog Theatre for rehearsal and office space at 633 Howard. Related story.

Suggests not requiring being part of a dispatch service to license a taxi. Says dispatch charges add around $500 to the monthly cost of driving a taxi.

Says the taxi regulatory scheme was developed in 1982 and 1988 … says changes in business model create policy issues for the council.

Says some other cities have chosen to relax cab restrictions. Others are maintaining the status quo, or creating new regulations for ride sharing services

Says state has comprehensive inspection program for cabs, city's inspections may not be needed.

Assistant City Manager Marty Lyons says don't want to have no regulation — but city doesn't necessarily have to be managing as much of the regulatory scheme.

Alderman Ann Rainey, 8th Ward, says city can't do anything about the cost of buying a cab or insuring it. But asks why have to issue a taxi license each year?

Rainey adds that with the moratorium should hit owners with a late fee when they finally renew their licenses.

Holmes says want to make sure that the taxis are safe.

City Manager Wally Bobkiewicz says staff can come up with a set of revisions in 30 to 45 days.

Try to streamline the costs, look to end duplication with state regulations, he says.

Says can suspend collection of late fees. Hope to have new scheme in place by July 1.

Robin Hershey, lives on south side of Payne between McDaniel and Pioneer, on unpaved alley.

Laura Biggs of Public Works Agency says city covers 50 percent of the alley paving costs. Process starts with neighbors circulating a petition. Need half the abutters to sign the petition. At that point if the city's Board of Local Improvements votes to go ahead, the project is scheduled for paving.

Says city budgets about $500K a year — and now have what amounts to an eight year backlog. Says until recently was hard to get anybody to sign the petition for alley paving — but now there are a lot of people who want to move ahead.

Wynne asks what would be the savings in maintenance costs if paved more alleys.

Biggs says doesn't have that information. But over time the savings would add up.

Lyons says would have to eliminate staff and the road grading equipment to come up with savings. Says do change services all the time — but if re-task workers, then we aren't actually saving money.

Dave Stoneback, director of public works agency, says have four people on alley grading but do 10 alleys a day.

Says city digs out 10 alleys a year and puts down new stone. That's more expensive but still not a huge cost.

Rainey says there must be another way — not every community paves alleys the way Evanston does, she says.

Biggs says that the drainage system required for solve flooding problems adds a huge amount to the cost of alley paving.

Lyons asks whether there's any interest in tax increases?

Says a one-cent increase in gas tax would raise $150K.

Wynne says paved alleys improve property values — and improve the property tax base across the city.

But says don't want to have to raise taxes to that. Don't want to chase gas stations out of town.

Lyons suggests looking at the issue again as part of next year's budget process.

Planning and Development Committee meeting to start at 7:30 p.m.