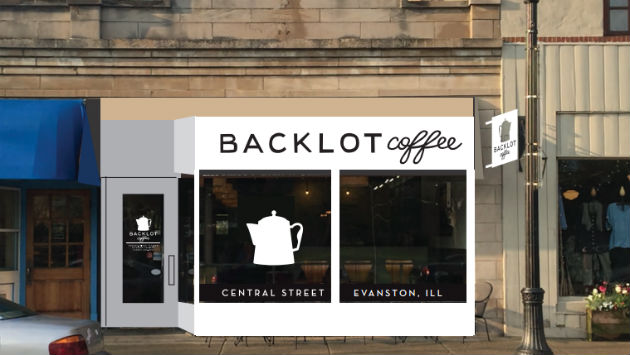 Here's a recap of our live coverage of this evening's Evanston City Council Administration and Public Works Committee.

One of the items up for review is a $9,000 storefront modernization grant to help the new owners of the Linz and Vail coffee shop at 2012 Central St. rebrand the business as Backlot Coffee.

Owners of 1404 Darrow Avenue contest alley paving assessment. Say they have five units in building there. Says they're getting stuck with 12.5 percent of the total cost.

Assistant City Manager Marty Lyons says the board of local improvements held a hearing. Says the units method used is based on cars involved using the alley. Says does the same thing when there are two or three flat buildings on a block.

Says at the hearing the property owners could have withdrawn their support for the paving project.

Alderman Brian Miller, 9th Ward, says will have staff check into the unit count before final vote on the project in two weeks.

(This relates to agenda item A7 a special assessment for paving the alley north of Greenwood Street and east of Darrow Avenue.)

A 3.6 – First ank and Trust line of credit renewal. Approved.

A 3.7 – True up fee for general liability and worker's compensation claims. Approved.

Presentation about Cradle to Career.

Parks Director Hemingway says the city, the two school districts and NU have each committed $50K to the program.

Alderman Brian Miller, 9th Ward, says its a great first step toward planning for maintenance needs in the future.

Community Development Director Mark Muenzer says it's been to concept review at the Design and Project Review Committee. Says the committee preferred a darker color scheme — rather than the white shown in the photo above. Project will go before DAPR again for final review.

A 4 – Amendment  to residential solid waste service agreement with Groot.

Alderman Peter Braithwaite, 2nd Ward, asks for comparison to show whether number of missed pickups has been reduced.

Miller asks about aesthetics. Muenzer says it's abstract … and red. Muenzer says it was reviewed by Public Arts Council and by Alderman Melissa Wynne, whose 3rd Ward includes the site.

A 6 – Special assessment for alley paving north of Reba Place and East of Ridge Avenue. Approved.

A 7 – Special assessment for alley north of Greenwood Street and east of Darrow Avenue. Approved.

A 8 – Special assessment for alley north of Greenwood and east of Dodge Avenue. Approved.

Some discussion about allocation of funds for the projects. Aldermen want more information before final approval in two weeks.

A 10 – Reduction in liquor license for Thai Sookdee .. not renewing its license. Approved.

Corporation Counsel Grant Farrar says issue is whether to follow the decision the city made to rely on state regulation for transportation network providers … and leave regulation of taxicabs to state statute as well.

Should do hands off — just deregulate completely, she says.

Says she's opposed to letting Uber have the senior citizen coupons. Says would be next to impossible to manage — given that Uber charges by credit card.

Says may need to require business licenses for each of the taxi dispatch services.

Farrar says the budget line item is about $30K, and steadily decreasing. Says one city employee devotes about 50 percent of his time to doing inspections of taxis.

Alderman Brian Miller, 9th Ward, says he wants to protect the current medallion owners — by not letting outside cab companies come in.

City Manager Wally Bobkiewicz says medallions used to be worth $60K to $70K — now are valued as low as $10K.

Bobkiewicz says the medallion owners don't want to be regulated by the city — but want to be protected against competition.

Holmes asks how long would protect the medallions? Forever?

Farrar says about 100 that have been renewed.

Miller says needs registration … but do it for free.

Bobkiewicz says will have difficulty because cab drivers from elsewhere will come in and operate as Uber or Lyft drivers. So won't realistically be able to maintain monopoly for medallion owners.

Rainey says she's not sure whether should have only Evanston cabs in Evanston.

Bobkiewicz says will put a proposal into writing — share it with the taxi operatiors — trying to give them what they want — says trying to thread the needle and give everybody what they want is not going to be an easy process.

Says will schedule a meeting with the drivers. Probably come back to City Council in July.

Planning and Development Committee to meet at 7:30 p.m.