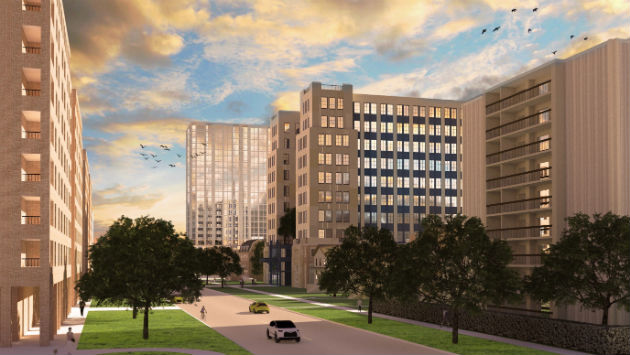 The committee is expected to begin consideration of rate increases for trash hauling and review a contract to sell the library parking lot for development of an 11-story office building.

The meeting is scheduled to begin at 6 p.m. A packet with information on tonight’s agenda items is available online.

Vote, as requested by staff, is to hold for next meeting this item and the next five items.

This program would only be for commecial food scrap collection

Stoneback says planning to have additional meeting at 7 p.m. on Sept. 20 about the new waste hauling contracts.

A 3.9 – Recycling program for multi-family apartmet buildings with 6 or more units. (Hold)

Solid waste fund runs a deficit now and requires a subsidy from the general fund.

Stoneback says the city got favorable rates from vendors for new conracts — lower than what they are for this year. But the rates will increase with inflation in subsequent years.

Some municipalities don’t have a yard waste charge — Skokie, for example. But Glenview charges $140 a year for yard waste.

Alderman Ann Rainey, 8th Ward, says she thinks the general fund should cover the entire cost of residental waste hauling — but says that won’t fly, but would like to subsidize it at least somewhat.

Says if put garbage on the tax bill it would be deductible for homeowners who itemize deductions.

(But largest water customers are the big not-for-profits — so for that, she says, it makes sense to have a separate charge so they pay.)

Calls the increase “not sensitive” to the population.

City Manager Wally Bobkiewicz says that with more costs and no additional revenue would have to make deeper cuts in spending.

Rainey said she’s OK with raising the property tax to cover the cost.

Bobkiewicz says will come up with alternative funding scenarios in time for next meeting.

Alderman Tom Suffredin, 6th Ward, asks for more information on what other communities are doing.

Rainey says she’d like to see cost comparison between having the fees on the water bill and having it on the property tax bill.

A 5 – Development agreement for ETHS home at 2005 Grey Ave. Approved.

One speaker opposes the sale.

Rainey says the change will reduce the financial pain for people who get the boot, by making the cost of paying off the debt less.

Braithwaite says this will impact people with multiple cars — says it’s happened to him before.

Deputy City Manager Erika Storlie says tracking tickets based on the registered owner is the only way to have the tickets still an obligation after a vehicle is sold.

Three discussion items (APW 1, 2 and 3) held for a future budget discussions because of the late hour.