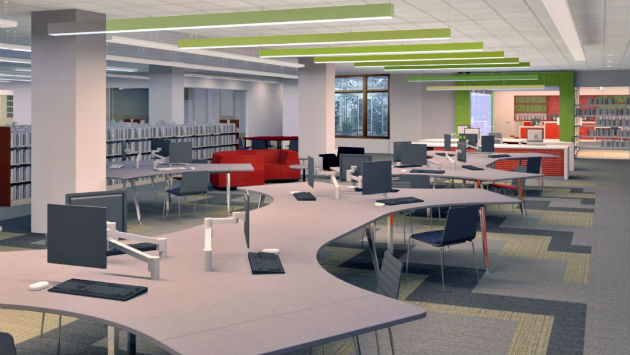 The committee has a full agenda tonight with items ranging from next steps on a new Robert Crown Center through new trash hauling rates. It’s also scheduled to get an update on plans to renovate the main library and to vote on new water rates to charge Skokie.

Kevin Brown, the city’s youth and young adult program manager, says he’s concerned about the city’s proposed ex-offender hiring policy — says it would prevent hiring of people now working in his unit. Says it would feed into the notion of “perpetual punishment.”

Bobby Burns says 90 percent of people probably have done something criminal — most of them just didn’t get caught. Says city should get behind folks who have made mistakes and help them get on with their lives and make something of theselves.

Alderman Ann Rainey, 8th Ward, suggests the ex=offender policy appears to be dead-on-arrival and should go back to staff to be worked on.

Alderman Cicely Fleming, 9th Ward, says she agrees should be pulled off the agenda. Suggests appointment of subcommittee to address it.

Deputy Chief Jay Parrott says the system will include 120 body cameras, 45 car cameras, interview room cameras and new tasers that turn on the body camera when they’re pulled from their holster. Related story.

Approved to place on file

After brief discussion, decision is to move the items onto full City Council without a recommendation.

Evonda Thomas-Smith says Smithereen doesn’t have the capacity to fulfill the contract terms.

Rainey says it’s a good example of the lowest bidder not always being the best choice. Says previous vendor, Rose, had a good track record. Says city has a serious problem with rats, needs to be addressed immediately. Suggests rehiring them for the remainder of the year.

Extends completion time because of delays in receiving some materials for the project.

Public Works Director Dave Stoneback said one of the vendors qualified their proposal on Friday. Says wants to postpone action on the contracts until after he’s had time to discuss the issue with the city’s corporation counsel.

Stoneback says it appears that providing the recycling service in house is lest costly than contracting it out.

Rainey says she asked today based on total increase for all users for all services. Told it was about $460K. She says sanitation is something everybody in the city has to embrace. Says putting the cost on the tax bill — that would be infintessimal on the tax bill — Claims on the water bill it would be very regressive.

Braithwaite says he favors a blend of some property tax increase and some trash rate increase.

Presentation on this issue

Issue is held until Oct. 9 meeting.

A 6 – Northwest Center Against Sexual Abuse

No longer let aldermen and other elected officials make arrests.

Give only police make arrests.

(But aldermen can still carry guns, if they have proper training.)

Approved. (Rainey complains — perhaps joking — that “we’re being stripped of all these powers.”_

A 9 – Three-ways stop at Simpson and Dodge.

Approved for introduction and action tonight.

Approved for introduction and action tonight.

A 11 – Recycling fee for 6-unit and larger apartment buidings

City manager says plan to hold this until a later meeting because of other business.

Says discussion needs to be had about limited resources for capital projects citywide.

Says it’s an issue the council will have to consider for 2018 and in future years — balancing capital investments with debt concerns.

Says library is ready to go. Council needs to have a discussion about capital needs throughout the city.

Braithwaite asks whether library will have public meeting between now and next council meeting on the subject.