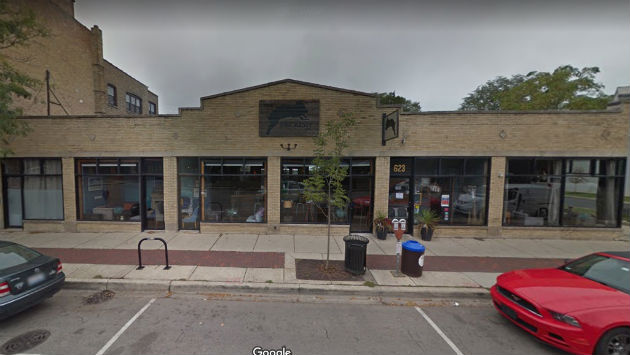 Here’s a recep of our live coverage of this evening’s Evanston City Council Administration and Public Works Committee meeting.

The sale of the city-owned property housing the Peckish Pig restaurant on Howard Street to the restaurant owners is one of the items on tonight’s agenda.

Alderman Cicely Fleming, 9th Ward, says she’s concerned about the cost to the city of running Divvy — which is running about $100K/year.

Alderman Robin Run Simmons, 5th Ward, asks whether could cut the cost or the term of the agreement.

Community Development Director Johanna Leonard says need the year to see how program will work duing the summer months. Says are looking at possible station relocation options. Says have only had one full year of operation so far (plus a partial year in 2016.)

Leonard says Evanston has done more to encourage a bicycle culture than Oak Park … Oak Park wasn’t seeing as much ridership as Evanston.

Suffredin asks whether could get some Oak Park docking stations now to add service in the northwest park of town.

Leonard says not clear yet, but will investigate.

Leonard says she’s not aware of any restrictions in the contract. Says the quality of dockless bikes can prevent some safety issues for the rider … and how they can be left safely after a ride.

Rainey says the county’s data is out of date.

Dan Joseph, former CTA bus driver, used to drive on Ridge. Says lanes are nine-feet wide — and bus with mirrors is also nine-feet wide. To be safe, he says, buses have to occupy both lanes.

More traffic enforcement possible. Might try speed or red light cameras — but may need state approval for that.

Could do split-phase traffic signals at more intersections. Likely to reduce accidents — but increases traffic backups.

Could hire consultant to do an in-depth study of the corridor. (Likely to cost $100K.) Improvements could be $100K to $300K per intersection.

Suffredin asks about changing to a three-lane configuration. Biggs says that could be done, although a reversible lane would probably be difficult.

Rainey asks about conversation with Preservation Commission about mast-arm signals?

Biggs says not recently. Says IDOT’s estimate of a 25 percent reduction in accidents seems likely to her.

Fleming says she’d like to know more about what the responses were to the requests made.

Decision is to revisit the issue at a future meeting.

Tina Paden, who says she owns 15 affordable rental units in town that provide housing for 53 people, says her buildings need to sort of assistance this program could provide.

Simmons says she agrees that should support landlords who are providing affordable housing in the community.

Rainey moves that this proposal be referred to the Council’s Jan. 29 meeting

Fleming says she’d like to see the units kept affordable as long as possible — longer than the five years in the proposal.

Item postponed to a future meeting