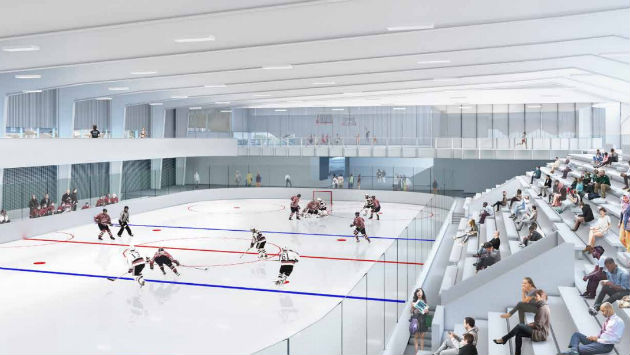 Here’s a recap of our live coverage of the Evanston City Council Administration and Public Works Committee meeting. Among the dozens of items on the agenda is approval of hiring a construction management firm for the planned new Robert Crown Community Center.

Dan Stein from Friends of the Crown Center urges approval of the contract.

Says it’s efficient way to “value engineer” the project to bring construction management firm in at this stage of the project.

A 4 – Authorization for borrowing funds from IEPA for clearwell 9 replacement project.

Borrowing authorized up to $25M.

A 5 – Ordinance to update operational functions in the Finance Division. Approved.

Alderman Ann Rainey, 8th Ward, says server at restaurant told her the city was “impossible to deal with” in getting a liquor license.

Rainey suggests increasing the price of the license to $45K initially and $15K on renewal.

“This is a real opportunity for Binney’s,” Rainey says.

So the matter is held.

I’d like to see some affordable homes on Central Street, she says.

Everything we’ve done in the past month-and-a-half is to block affordable housing in Evanston, Rainey says.

Alderman Robin Rue Simmons, 5th Ward, says she’d like to see more affordable housing in all wards and would like to move forward on the 2122 Darrow proposal.

Since other aldermen haven’t arrived — committee votes to hold action item 3.1.on that,