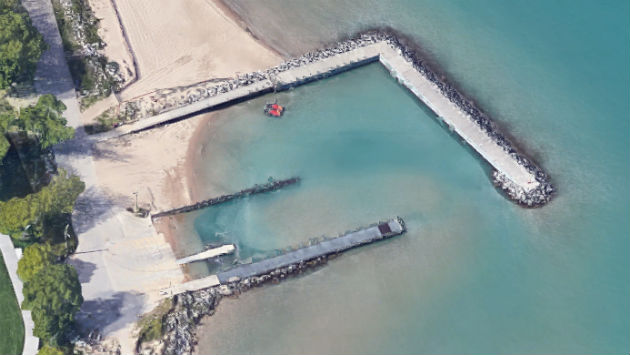 The meeting is scheduled to begin at 6 p.m. A packet with information on tonight’s agenda items is available online.

Among other items on the committee’s agenda, the aldermen are scheduled to approve a $891,000 contract for repairs to the south pier at the Church Street boat ramp and a $457,000 contract for modernization of the two elevators at the Civic Center.

Rainey says the treatment has saved many elm trees in the city.

Lara Biggs, from Public Works Agency, says doesn’t have those figures at hand.

Suffredin asks about costs to continue to be in the Civic Center.

Biggs says this upgrade should do with the elevator issues. Says generally now have one elevator out of service at least every week.

Suffredin says need to decide how long plan to stay in this building to evaluate such repairs.

Rainey says have spent a lot of money on making the building habitable. Says she used to manage buildings and maintained elevators. Says this job isn’t out of line on those costs.

Says it’s frightening to see “out of service” signs on each of the elevators frequently. Says she’s happy to protect the people who come in and out of the building from any possible accidents in the elevators.

Biggs says city needs to do a boiler study for the Civic Center and consider replacing the air conditioning units.

Suffredin asks how much revenue the boat launch generates?

Says in addition the acquatics camp, which generates $180K a year also operates out of the boat ramp.

It also provide access to the lake for lifeguard and fire department rescue efforts.

Hemingway says he doesn’t have fees from other communities off the top of his head.

Says there are launches in Chicago, Wilmette and Waukegan.

Hemingway says the project has been delayed from previous years.  Says amount of sand that had to be dredged out of the harbor this year is the most he’s seen in his three years.

Rainey says should look into what the value of the lakefront is in the overall scheme of things. Says houses on the lakefront, if assessed properly, would bring in more tax dollars. Says generate all sorts of beach token and other revenue because of the lakefront.

Says the way that’s maintained is “so important.” Crummy lakefront “would devalue our town.”

Hemingway says repairs would start after Labor Day, ramp wouldn’t be usable while the repairs are underway.

A 3.6 – Three year contract with Mark Vend for vending machines at city facilities.

A 3.10 – Extendend hours for alcohol service at Celtic Knot for World Cup

A 4 – Terminating lease on 2222 Oakton for Smylie Brothers.

Owners of Peckish Pig say they’d like to propose a use of the property, the former recycling center.

Says their current operation generates $75K a year in real estate and liquor and sales tax revenue for the city.

Says hope to operate a restaurant and event space in the building.

Ina Gutierez, executive director of the Evanston Rebuilding Warehouse, says the warehouse would like to use the recycling center building as well.

Says would be able to rescue more building materials. And location near Home Depot would be ideal. Also would offer classes and expand its workforce training program.

Says though the organization is a non-profit, it has customers that pay sales tax on items they buy — and generates about $40K a year now in sales tax revenue.

Alderman Rainey says should direct staff to put together a request for proposals and plan for termination.

Johanna Leonard, community development director, says looking for direction on type of proposals desired and what the process would be and qualifications required of proposers.

Rainey says the building needs to go on the tax rolls — to help finance basic needs in the community.

Thinks should leave open the rent or own or rent-to-own options — says have had good experience with rent-to-own.

Leonard says still having discussions with Smylie Brothers on what would be owed to the city. Says hope to present something on that at the next Council meeting.

Fleming says she’s more inclined to sell the building, if there’s a market for it. Says sale could generate revenue for pensions or other needs.

Says given city’s history of landlord skills — not favoring rent or rent-to-own.

Rainey says need to look at what the zoning would permit. Says if put it up for sale could end up with an industrial use. Used to be a steel plant in that neighborhood.

Leonard says will return with an RFP document at future Council meeting.

Decision is to hold the issue in committee

A 5 – Remove one-way alley restriction between Harrison and Colfax

A 6 – Sale of surplus fleet vehicles

Rainey says residents in the Sherman Plaza condo should pay half the cost, because they’re the main drivers of the request.

Fleming notes that some of the estimated $7,300 cost for police services in handling the suicide attempt earlier this year was time that people were already on duty.

Direction from committee is to see whether the condo association is willing to pay half of the cost.

Planning and Development Committee to start at 7:15 p.m.