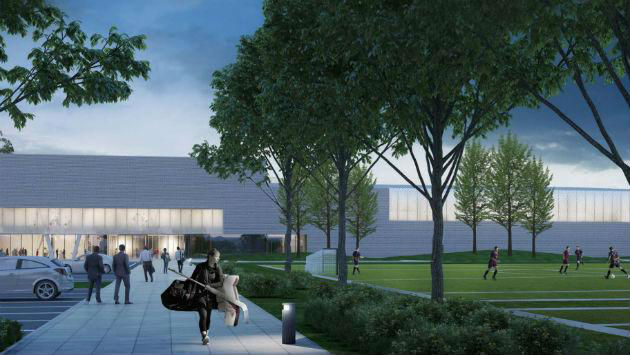 Contracts for the new Robert Crown Community Center are among the items on tonight’s agenda.

The meeting was scheduled to start at 6 p.m. It’s now 6:10 p.m. and we’re still waiting for it to get underway.

Includes payroll and other items A1 through A 6

Hitesh Desai, CFO, does presentation on the CAFR.

Auditor from Sikish says the report is an unqualified one — the highest rating they provide.

A 8 – Contract amendment for Crown for construction dministration with Woodhouse Tinuci Architects.

A 9 – CTA memorandum of understanding for Purple Line modernization

Says much of the Purple Line infrastructure is nearly a century old.

Looks like at least two years away from doing any design work on the Purple Line section.

Community Development Director Johanna Leonard says Davis Street Station is a hub for downtown, so using the Washington National TIF funds for the project. Says can justify improvements to accessibility at other stations because they all feed into the downtown Davis Street station.

Suffreden says he thinks the amount to get out of the lease is too low. Wants to have a full discussion at the City Council meeting later tonight.

Rainey says this could have been a huge disaster if Smylie had bought the building and then had the business fail. (She wants to not do an immediate sale of the property to a new user.)

A 11 – Request for qualifications and proposals for Recycling Center

Rainey says doesn’t like the way the proposal is phrased — says it’s way off the charts — “doesn’t speak to me at all,” she says.

Rainey says she would prefer a lease-to-own approach

Suffredin says he’s OK with either lease or purchase options.

Planning and Developmetn Committee meeting to start at 7 p.m.