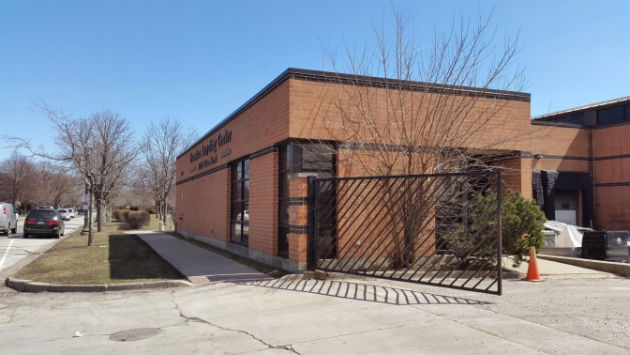 Here’s a recap of our live coverage of the Evanston City Council Administration and Public Works Committee meeting at which aldermen are expected to approve the sale of the city’s former recycling center for redevelopment as a rock climbing center.

Consent agenda is being read now.

Rainey says most rentals are on 1st floor or ground floor. Suggests creates security issue to have this rental on the 3rd floor as requested here.

Assistant City Manager Erika Storlie says there are security concerns throughout the building. Says tenants aren’t allowed access on Sundays and most tenants have limited off hours and night-time hours.

$362K contract. Alderman Peter Braithwaite, 2nd Ward, asks whether any local contractor could do the job.

Dave Stoneback, public works director, says looked at three project areas for Fountain Square. Says this is being funded from the TIF, which has sufficient funds. Says while the initial project went over budget, damages collected from the contractor for the delays mean that it actually ended up costing less than budgeted.

Would give six-month extra time to close the sale.

Jack Weiss, former Design Evanston president, urges denial of the extension. Says developer is struggling to meet financial and other goals for the project.

Urges that a residential project be built there instead.

One other person opposes this proposal. An additional person speaks at length on a completely different proposal

Extension is approved with no opposing votes.

Rainey says she has a ward meeting Jan. 9. So she doesn’t want to have it given final approval tonight, but moves for introduction.

Junad Rizki says the city is giving the property away. Cost more than $4 million to build the recycling center, now selling it for about $1 million.

Alderman Rainey says idea is to level the playing field with Binny’s, which has broader options for sales.

Approved for introduction and action

A 24 – Resident parking only district change

James Larson says he’s in favor of the change — which would make parking rules less restrictive for people in the area.

A 25 – Increase in ambulance transport fees

Braithwaite says compliance with MWEBE requirements over the past three years, but fees collected in fines have gone down.

Says some fines haven’t been collected. Says need to review the policy in depth.

Hitesh Desai, CFO, says balance is around $58K in the account. $18K is from before the new financial records system. Now are checking invoices to see if the contractor paid the invoices.

Alderman Robin Rue Simmons, 5th Ward, says need to make sure payments to contractors aren’t made until the fines are paid. Wants report to committee on the new procedure to make sure there isn’t any slip-up in the future.

Planning and Development meeting to begin at 7:05 p.m.