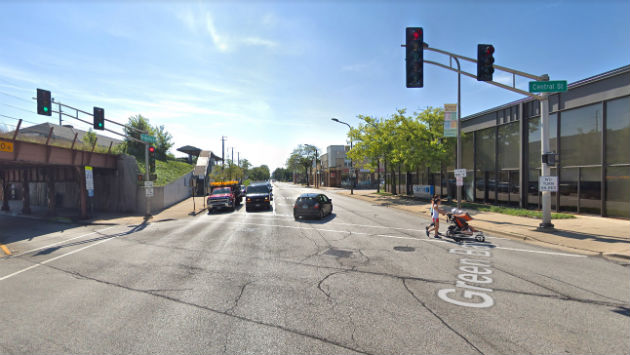 Here’s a recap of our live coverage of this evening’s Evanston City Council Adiminstration and Public Works Committee meeting at which aldermen are scheduled to vote on a contract award to begin engineering work for upgrades to Green Bay Road from McCormick Boulevard to Isabella Street.

The committee also has more than 30 other items on its agenda. The meeting is scheduled to start at 6 p.m.

(Your reporter is under the weather with a cold, so to avoid spreading my disease around the press table, I’m watching the meetings from home. That also means there’ll be no live video streams tonight from Evanston Now.)

Mike Vasilko says the city wastes tens of millions of dollars each year. Says would like to see that money spent on reparations and affordable housing instead.

A23 – Paid parking on South Boulevard … off consent at request of Alderman Tom Suffredin, 6th Ward.

Consent agenda … with those exclusions … approved.

Sat Nagar, says it was the best project available to qualify for potential grant funding next year.

A23 – Paid Parking on South Boulevard (Chicago Avenue to the driveway at 516 Souith Boulevard.

Suffredin asks why this being done for business on the corner — when he could rent monthly spaces in a nearby off-street parking lot.

Says he doesn’t think should add metered spaces when there’s already available parking on the block.

Fleming says should prevent commuters from parking for free there and around other transit stops.

Alderman Ann Rainey, 8th Ward, says she’s not crazy about meters, but the proposal would solve a problem.

Suffredin asks whether contractor could be held responsible.

Lara Biggs, city engineer, says its possible, but seems its from natural causes.

Suffredin asks what revenue the city makes from renting out the Fleetwood gym.

Lawrence Hemingway, parks director, says will have to research that. Currently can’t rent out the gym.

A17 – Change order with Central Rug and Carpet for Fleetwood interior renovation.

Regulations set by Consumer Safety Protection Act, compliant e-bikes are not considered motor vehicles. E-bikes, under state law, are not allowed to operate on sidewalks.

A32 – Hotel tax due date change

(To match other home rule taxes.)

Fleming says District 65 hasn’t contributed to the cost of the guards. ETHS does pay for its guards.