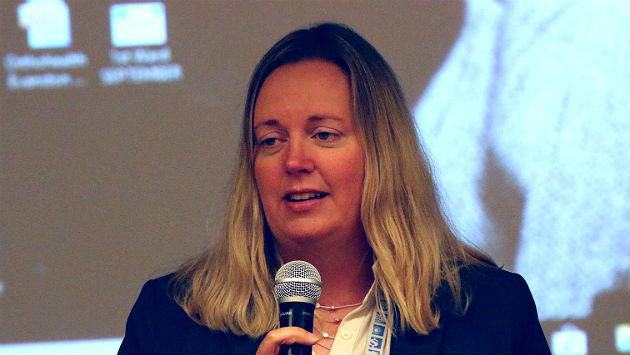 Here’s a recap of our live coverage of tonight’s Evanston City Council meeting. The Council is expected to name an interim city manager and act on proposals designed to provide reparations to the city’s black residents.

The meeting is scheduled to begin at 8 p.m.

Mayor Steve Hagerty notes the redlining exhibit in the second floor hallway at the Civic Center. Here until Oct. 20.

Hagerty says the city code and councl rules have a conflict about whether the mayor has a vote in selecting the new manager. That’s to be addressed at the next Rules Committee meeting.

Says have done a lot in Evanston to acknowledge discrimination, oppression and racism. Says have had a lot of honorific actions that have been appreciated, but it’s not been enough.

Says racial wealth gap continues and the black residency rate continues to drop, and community should not shy away from this.

Says have has been targeted damage to black neighborhoods and need to have budget allocated to uplift black residents specifically.

Says great work is already happening in the city — will make that available at the ward meeting Wednesday — some programs are already in place.

Notes that the City Council didn’t make the deicison to close Foster School — that was a decision of the school board.

And there was a referendum to open the school again — and that didn’t pass.

Alderman Don Wilson, 4th Ward, says predatory lending and other subversive things continue to go on in the community.

Rue Simmons suggests forming a City Council committee to develop specific proposals, with the support of the city’s legal staff.

Says also needs a deadline for it. Says she had a goal that should get something passed in this calendar year.

Says one of the biggest problems for all races is redlining by banks and others based on wealth and lack of wealth.

Says even people with very good incomes are having a lot of difficulty getting mortgages.

Says need to divide this up and include the banks and lenders in this — they have to participate with us because that’s where the money is — not here (in the citiy).

Says don’t know how many other communities are taking on the burden of reparations by themselves.

Fleming says city has lots of money in the back and so it has lots of leverage with the banks.

Rue Simmons moves to have City Council subcommittee follow up on the report with staffing from legal department.

Says the public-facing part is the work of the Equity and Empowerment Commission. Says her office will work on internal, staffing work, like revising job descriptions to eliminate unnecessary qualifications..

Mayor says this isn’t the job description for city manager, it just starts the RFP for hiring a search firm.

Rainey says will have opportunity to review the responses from the search firms.

Erike Storlie as the new manager.

Alderman Tom Suffredin, 6th Ward, asks who made the decision to recommend Erika.

Suffredin asks why need to make this decision tonight.

Mayor says the decision on contract terms would be done in executive session.

Says for transition purposes need to start as soon as possible.

“Seems backwards to me,” Suffredin says.

Wilson says should let the community know who we’re negotiating with. Moves amending resolution to be appointed “subject to execution of a contract agreement.”

Fleming says we don’t usually do personnel matters in public session. Says wasn’t time for a executive session discussion ahead of the mayor’s recommendation.

A18 off consent… referred to executive session of council.

A24 off consent … sales tax hike … at request of Suffredin

P1 – removed from consent at request of Fleming

Approved for introduction 7-2. Fiske and Suffredin vote no.

Fleming questions criteria that she says may limit access to the program to people who are actually homeless.

Sarah Flax, housing and grants administrator, says federal HOME program requires that lease be in tenant’s name — so not and option for the city to waive that.

Says is need to have people who are able to become self sufficient within the two year term of the program.

Fleming … makes referral to Rules Committee regarding what committees can have non-residents (like local business owners.