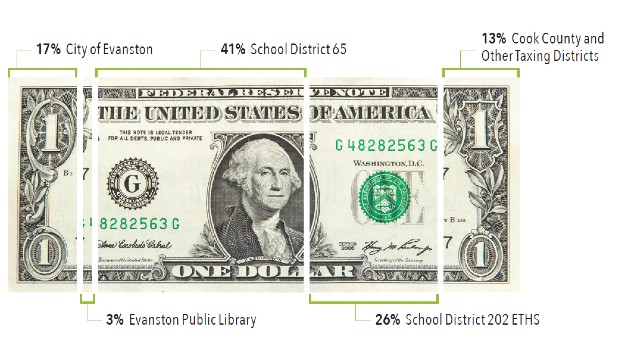 Here’s a recap of our live coverage of this evening’s Evanston City Council meeting at which aldermen accepted for introduction next year’s city budget.

In addition to discussing the budget, they also heard complaints from supporters of a city employee who was dismissed last Friday, in what he has described as a dispute over the payment of parking tickets.

Meeting starts with a presentation by NU Professor Alvin Tillery on equity training for the City Council.

Kimberly Richardson, deputy city manager, says evaluation of social services programs in Evanston for racial equity led to conclusion that the city should combine programs that had been split across three departments to be all housed in a single department to make them more accessible.

Says there are several more steps to go through to make all the desired improvements.

Mayor Steve Hagerty asks Tillery about the Council’s decision last week to set aside cannabis revenue for a reparations fund — his thoughts on that.

Tillery says there are several different approaches … diversity policies, affirmative action and reparations. Reparations, he says, has never been tried, in the racial context. Calls it is a targeted compensation for harms of the past — but on its own, he says, it is probably not going to get you to racial equity.

Asks how big the fund would be and what would it be used for. Says $10 million sounds like a lot of money, but would need to think creatively about how to make that last. Says cash the transfer model is probably not the best model if you want to make it last.

Says if council does it (reparations), will become a national model and “guys like me” will want to come and study it.

Says affirmative action has helped about 500K blacks go to major colleges (which he notes is only a small portion of the black population) — and has been target of massive opposition from conservatives.

Alderman Cicely Fleming, 9th Ward, says city’s not been thinking about equity in enough of its decision-making. Says will take a while to get to know what should be looking for.

Alderman Don Wilson, 4th Ward, says will need to track what we try and make note of what does and doesn’t work — need a complete record on what have worked through — value to Evanston in that and for other communities.

Braithwaite says need to have frameworks for measuring progress.

Tillery says will have fresh census data next year and there are groups that have developed indexes to measure progress. Also can extrapolate from state and national data to see where Evanston stands.

Alderman Robin Rue Simmons, 5th Ward, says she’s building her case for reparations based on redlining and similar issues. Says know Evanston doesn’t have all the answers but believes can have a big impact on the lived experience of black Evanston residents.

For new restaurant “Estacion.” … from owner of Libertad in Skokie.

Mayor asks about use of part of rent for purchase.

Storlie says the first six months of cannabis sales won’t have the city tax applied to it, but as result of change in state law last week will start getting it from July, and should receive the money starting in September.

Alderman Ann Rainey, 8th Ward, says Chicago is only setting a 500 foot distance from schools for cannabis sales, but Evanston has set the distance limit at 750 feet. Says result is that won’t be able to have cannabis sales on the Evanston side but will be able to on the Chicago side of Howard Street. Suggests referral to make change to distance limit.

Storlie asks whether the proposed $10 million commitment to reparations fund is a minimum.

Rainey says a little far from having that discussion. Says should accept any contribution get at this time, but city needs to continue commitment to the fund.

Says need to look for voluntary contributions from banks and others.

Rue Simmons says city will be accepting donations for the fund — and they’re all welcome.

Hagerty says could add a donation option to water bills.

Storlie says not sure whether can do it by the end of this year, but should be able to add it to water bills “in the near term.”

Alderman Don Wilson, 4th Ward, says he hears same complaints from businesses in his ward. Says should apply the increase equally across the city.

Says need the additional money to balance the budget.

She says that likely by the end of this year people will be able to pay once and move around the city, parking different places as they shop.

Motion to not raise parking rate on Central Street fails 7-2. Suffredin and Revelle cast the only votes in favor.

Rainey moves to remove from the table the proposal to allow liquor sales at Welsh Ryan Arena. Ruled out of order for the moment, until budget discussion is concluded.

Rainey suggests that itinerant theaters with less than 65 seats should not be taxed. Shud be taxed if more seats than that.

Notes NU has larger venues than that.

Wilson suggests having a separate discussion about that. Doesn’t want to tax YAMO at ETHS.

Decision is to have city manager’s office do further research and bring a proposal back (likely not until after the budget has been adopted).

Revelle takes over as mayor pro tem, after Hagerty leaves the podium

Hagerty returns to the mayor’s chair

These for action tonight.

Public Comment … Betty Sue Ester claims the tax is illegal because of dissolution of the township.

Rainey says she’s voting against it. Says 8.5% increase is unconscionable.

Fleming says library board should have closed the Chicago-Main branch. To have two libraries on Main Street is more than we need, she says.

Approved 6-3 for introduction. Suffredin, Rainey and Fleming vote no.

Approved 7-1 for introduction. Rue Simmons votes no. Wynne absent for this issue.

Approved 8-1. Suffredin votes no. (Wynne has returned to the room.)

Rainey moves to remove from the table the July 8 tabling of the ordinance that would expand liquor sales options at Welsh-Ryan Arena.

Approved. (Expected to be back on agenda for an upcoming meeting.)

Meeting recessed for 5 minutes at 8:11 p.m…. to allow for public comment signups.

Mayor makes proclamation for Rainbows for All Children on Children’s Grief Awareness Day.

Clerk Devon Reid suggests extending public comment to 1:30 per person. No alderman makes a motion to that effect.

Mayor says because the termination of Kevin Brown is a personnel matter neither the mayor nor aldermen nor city manager can comment on it tonight.

Former Mayor Elizabeth Tisdahl says when she became mayor she went to funerals and found young people who despite pleas seemed intent upon retaliation.

Tisdahl says she learned that what youths needed was jobs. Says with Kevin Brown she was able to speak with the youths.

Says terribly sad to be here tonight discussing Kevin when should be celebrating the work of the youth and young adult program, that he’s led.

Various other folks speak in support of Kevin Brown.

Fleming makes several referrals … one calls for eliminating fees for coach house construction if property to be rented as affordable house.

Braithwaite … says is moved whenever black community comes out — and community in general. Speaks not about personnel issue but the concerns of the community. Says its not a personnel issue, but really deeper, speaks to future of black children in community

Wilson says appreciates those who come out .. without addressing specifics … rules exist for a reason …but have to evolve and sometimes change.

Rue Simmons … wants to celebrate work of youth and young adult department and Kevin Brown’s work. Frustrated with way this is managed. But hopeful community can be comfortable and trust that every member of Council is doing the best they can from their lived experience and will keep up the work of the department. Says people are being heard, but can’t respond because it’s a personnel matter and aldermen just can’t discuss it. Says city staff and leadershp is committed to providing the services that speakers spoke so eloquently about.