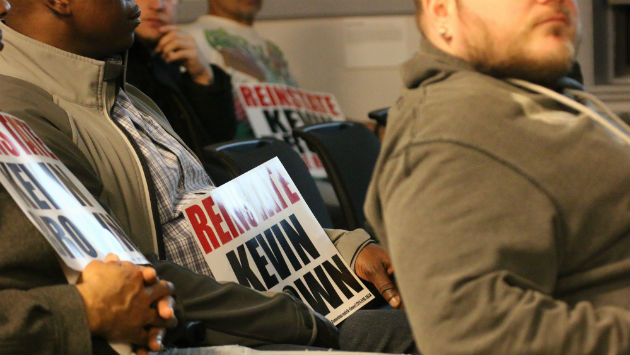 Here’s a recap of our live coverage of tonight’s Evanston City Council meeting, at which aldermen are scheduled to approve the 2020 budget.

One property owner on Central Street objects to the new SSAs there.

Tom Erd owner of Spice House on Central Street says the merchant association has a tiny budget now and only a few merchants now volunteer to help. Just barely hanging on, he says. Says need the SSAs to do a better job of promoting the shopping district.

Paul Zalmezak, the city’s economic development manager, says if a commercial property tenant with 1,800 square feet would pay a little over $500 annually to be in the SSA. Says residential properties will NOT be included in the SSA. Says businesses are asking to be taxed to have the services that an SSA can provide.

Alderman Don Wilson, 4th Ward, says the SSAs are what the business owners ask for.

Zalmezak says the SSAs are approved for 10 years with annual renewal required.

Appeal from denial by Preservation Commission

Alderman Don Wilson, 4th Ward, says if don’t evolve will have bigger problems than how they look. Says environmental concerns should be at the forefront of our considerations.

Rainey objects to board member discussing the issue, making a motion to deny and then abstaining from the vote. Says shouldn’t have participated at all in the discussion or make the motion if going to abstain.

Vote to reverse is unanimous.

Fiske says has had questions from people about when the subcommittee meetings are.

Rue Simmons says have tentative plans for community town hall. Will work to have a standing meeting of the committee.

Alderman Peter Braithwaite, 2nd Ward, praises the proposal, notes that former alderman Lionel Jean-Baptiste had been working for a similar goal years ago.

Rainey says Jean-Baptiste said the effort began in 2002. Says people at National League of Cities meeting were surprised at Evanston’s effort — nobody else is doing it yet, she says.

Rue Simmons says there were 4,000 people at the National League of Cities meeting — were in awe of us.

Wilson asks to remove A28 (code of ethics)

Storlie says A29 (solid waste houling license) should be removed for housekeeping issue.

Rainey SP3 (adult use cannabis) is off

After those deletions, rest of consent agenda is approved 9–0.

Amended to say money goes to reparations fund on an 8-1 vote with Suffredin votes no.

As amended, ordinance approved 8-1 with Suffredin voting no.

Fleming says she’s not convinced that residential tax bills will actually go down because of the increase in commercial assessments as projected.

Fleming says should have closed CAMS branch with opening of Crown branch.

Rainey says she agrees — too many branches.

Fleming says people are most frustrated by parking fee increases.

Says citizens are going to feel like we haven’t made enough cuts to justify the budget.

Lara Biggs says got a call for projects from the state grant program. Says the program looks for parks in low income areas and Harbert fit (as well as being low scoring).

Braithwaite thanks staff for moving the project forward.

Says the story is really quite difficult. Lot of it was beyond the owner’s control. Need to get this guy back into business.

Wilson moves to add “or first class mail if so elected by the complainant” after “email” for notifications.

Rainey asks about complaint being confidential until after jurisdictional ruling.

Wilson says can’t keep the person who files the complaint from sharing it.

Fleming says she thinks the new version makes a lot more sense than the last one.

Interim City Manager Erika Storlie says this was left off the A&PW agenda for tonight by mistake. Wants to know whether aldermen want to take action on it tonight anyway.

Dave Stoneback, public works director, says the ordinance now exempts the hospitals and the university and a couple of other organizations.

Stoneback says the amendment is expected to generate $42K a year from those entities.

Rainey says its a great opportunity to get money from those who aren’t participating in the system.

Wilson moves it for introduction.

Revelle says the draft ordinance lacks many restrictions included in other liquor classes.

Says need limits on days of operation — wants to limit them to days when events are taking place.

Says no mention of hours operation — period before or after the event.

Wants to require use only of plastic containers.

Also wants limit to purchase no more than two drinks per person per transaction. — says that’s common in way alcohol sales are handled in other university arenas.

Proposes substitute motion to send back to liquor commission

Wilson says he appreciates the points. Doesn’t think they’re particularly complex. Can leave at A&PW and have those addressed there.

Rainey says its pretty clear that this license will only be in effect for special events.

Says should stay in A&PW and make amendments at next meeting.

Fiske says she’s is a little concerned when people come to the mike and say there’s gonna be 7,000 people drinking and they’re all going to get drunk and destroy the neighborhood.

Revelle withdraws her motion (to send to liquor commission).

Wilson moves to send it to APW.

Revelle moves to hold .. to get more details on concessions to existing tenants.

Doesn’t get a second.

Wilson says plan is for owner to come back with solution on those issues before adoption at next meeting.

Fleming — has question about recording at ward meetings. Got complaints during her ward meeting earlier this evening.

Council moves to go into executive session at 10:57 p.m.