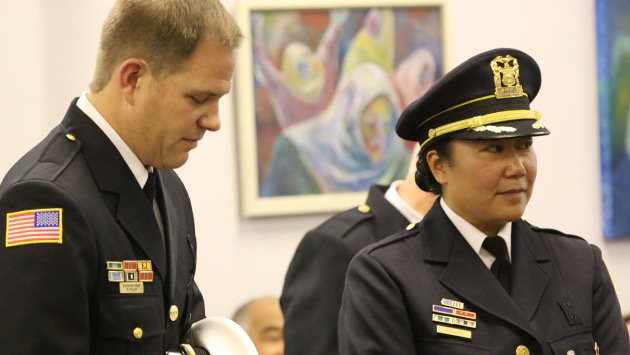 Holiday trash collection … no pickup on Thanksgiving this Thursday.

Special order of business … on street lights … delayed until end of meeting.

Says tonight all you heard is the importance of Evanston being affordable. Says library board adding to un-affordability of Evanston by increasing the tax levy by 4 percent.

Says if there's even one penny more than a 2 percent increase next year by the library, she'll do everything to fight it.

Says doesn't believe the ordinance is a fair step. Other communities that have adopted them as part of more comprehensive programs. Says this will have only a nominal impact. Says this doesn't touch housing crisis or low income housing.

Says "inclusionary housing" sounds nice, but it's not really representative of what we're trying to do.

This is not fairly applied. Asks, what do you contribute to it? If it's nothing — think about what you can do.

Says would like to have a sunset provision — so that council has to reexamine the policy after four years. If it's not working — if we kill downtown development — we're not going to be getting the affordable units we need.

Proposes amendment saying it expires on Dec. 31, 2020, unless renewed by the council

Fiske speaks in favor of the amendment. But says she doesn't feel comfortable with the transit oriented development bonuses included in the ordinance.

Says need to make buildings the very best we can with affordable units in them.

Says doesn't like that the affordability period is only 25 year. Thinks will end up over time with even fewer affordable units.

Says landlords need to ask what can each one of us do to help this out — by accepting a little less rent.

Says the new ordinance will offer incentives that weren't in the original ordinance.

Alderman Melissa Wynne, 3rd Ward, says she agrees with Miller's goal, but opposes the sunset provision. Says four or five years is probably the right amout of time for a review — but shouldn't build a sunset provision into the ordinance. Says doesn't want to kill development during the downtown. Though notes that for five years during the recession nothing was built in Evanston — affordable or not.

Says this is really "workforce housing" not low income housing.

Says she's also concerned about the density bonuses. Says she's fought to lower heights and increase parking in the past. But says now the benefit of having more affordable housing units in the transit oriented developments is worth the greater density.

Alderman Delores Holmes, 5th Ward, says we haven't even begun to tackle low income housing. Says looking for new proposals from the Housing Commission about that. Says 60 percent of median income should be the next step.

Miller's motion fails 6-3, Miller, Fiske and Wilson vote for it.

Rainey says existing ordinance has been a failure. Says this ordinance will help Fiske, because the number of tall buildings and big buildings of any kind will be very slim.

Says she's shocked there's been no outreach from developers to the aldermen. Either they think it's great or "see you later" — they'll be developing elsewhere.

Says she doesn't know which is true.

Says thinks the ordinance is not ready to be implemented. Says staff is already overworked. Suggests passing the ordinance with a June 1 implementation date.

Need to give time to do it right.

Staff says they expect 2,500 new units … 250 units affordable in the next few years. Dunno where they're going to be built. We're pretty full up now, she says. There's not a lot of places left near a transit line.

Says also wants quarterly reports. Says she has no problem with incentives — says need them, probably even more than what's proposed in the ordinance.

Her motion fails for lack of a second.

In response to question from Alderman Melissa Wynne, 3rd Ward….Community Development Director Mark Muenzer says two developments are already "in the pipeline" … the 831 Emerson project and the 1815 Ridge project … totalling about 460 units.

Says beyond that have had various conversations with various developers … about 1,000 additional units … that doesn't anticipate that those developments would be filed before Jan 1. Says doesn't know about June 1.

Muenzer says thinks will have enough staff, but can't be sure.

In respons to question from Alderman Fiske, Muenzer says a lot of developers are familiar with the inclusionary housing concept, because of the Chicago ordinance that's already in place.

Sarah Flax says students, if they're independent, could qualify for affordable housing, assuming their incomes are low enough.

Muenzer says — while developers haven't told him — he anticipates that most of them would pay the fee in lieu rather than building units on site.

Vote on ordinance is 6-3 in favor. Rainey, Fiske and Wilson vote no.

(There are images of the options being considered in the packet.)

Tendam favors the cheaper, modern looking fixture. Doesn't want to introduce a new old-style design element that would compete with the Tallmadge fixtures. Says could use the money saved on more interesting lighting under the viaduct itself.

Fiske likes the one with the skirt. Says it looks design neutral. Says are safety concerns.

Vote is to do the cheaper, modern-looking one, but in black.

Holmes … 6p Sat at Ebenezer Church … hanging of the greens.